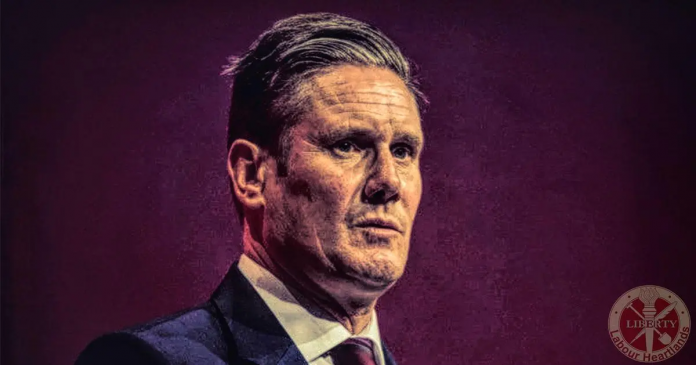 The Labour party has elected Keir Starmer as its new leader.

Starmer will replace Jeremy Corbyn, who announced he would step down after a bitter defeat at the last election that saw sweeping gains for the ruling Conservatives.

The change in leadership comes as the country battles its own coronavirus crisis and amid calls to improve public services, such as the National Health Service currently under strain.

Starmer with just a touch of irony pitched himself as a unity candidate amid continued divisions in the party. Starmer was amongst the MPs that carried out the 2016 coup against the former Labour leader Jeremy Corbyn. The result of which clearly contributed to the 2017 election loss.

Starmer was also the architect of Labour’s vote losing Brexit policy, again the prime reason for the loss of support in the 2019 election. It still remains uncertain how Starmer would win back the 52 leave voting seats Labour lost to the second referendum policy.

Sir Keir Starmer has promised to pursue policies aimed at improving social equality, including an increase to the top tax rate and a boost to social services, as well as take stronger action on climate change. His tenure looks to be as bland has his personality.

Starmer has promised to rid the Labour Party of anti-antisemitism, he has signed a controversial document presented by the ‘Board of deputy’s’ know as the “10 pledges”, which include adopting the international definition of antisemitism with all its examples and clauses.

Starmer has also promised to defend the free movement of people as the country negotiates its terms for leaving the European Union. Another obvious vote loser in view of the general public.

Its back to the Whigs and the Torys

The Labour Party today witnessed some clear first. Sir Keir Rodney Starmer a knight of the realm a member of The Most Honourable Order of the Bath and to boot a Trilateral commission member is now leader of what was once the pride and hope of the working class.

“If the Labour Party could be bullied or persuaded to denounce its Marxist, the media -having tasted Blood- would demand next that it expelled all its Socialist and reunited the remaining Labour Party with the SDP to form a harmless alternative to the Conservatives, which could then be allowed to take office now and then when the Conservatives fell out of favour with the public.

Thus British Capitalism, it is argued, will be made safe forever, and socialism would be squeezed of the National agenda.

But if such a strategy were to succeed… it would in fact profoundly endanger British society. For it would open up the danger of a swing to the far-right, as we have seen in Europe over the last 50 years.” -Tony Benn