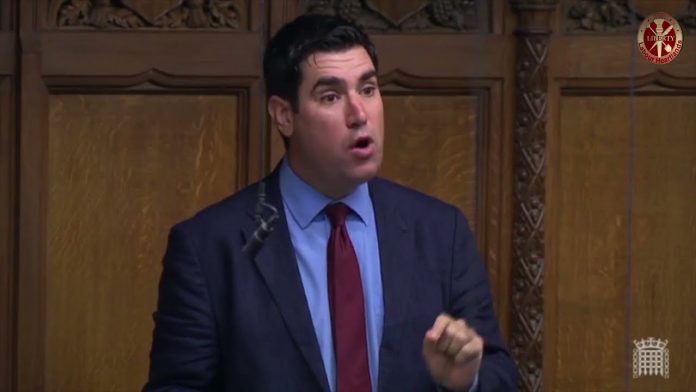 Richard Burgon at least had the guts to propose a ‘Tax on the wealthy’ to fund social care.

Health and social care do need massive investment, especially after Tory austerity has so undermined our national health service over the past 11 years. A 10% tax on the wealth of those with over £100 million would raise £69 billion. Surely a wealth tax is how we should be funding these vital services. Is the truth not that despite the rhetoric and the promises, the Tories do not have the guts to take on the super-rich who fund their party, and that is why they will not back a wealth tax?

Johnson was cloth-eared on the figures Richard Burgon had stated but acknowledged him for at least having the guts to propose taxing the wealthy saying:

“I thank the hon. Gentleman for his contribution. At least he has the guts, unlike the leader of his party, to say that he would tax people in this country to the tune of £12 billion or £13 billion a year to pay for this. This is a wealth tax on that scale. We believe that this is the right way. What we have not heard from those on the Labour Front Bench is any credible alternative.”

This is not the first time suggestions of a wealth tax have been made, there has been a campaign conducted by many socialists for a wealth tax.

The Workers Party of Britain for instance created a petition asking the Labour Party to adopt a one-off wealth tax position.

The current economic crisis was not caused by the Covid-19 coronavirus, but that isn’t stopping big business from using it as a convenient scapegoat.

The Workers Party of Britain recognises that the heroes of the crisis are those hit hardest by the economic disaster engulfing Britain. Applause for keyworkers and praise for the lowest paid in society is hollow if it’s not backed up by measures that can save jobs and families.

The top six richest people in the UK have an estimated combined wealth of £39.4bn. The richest one percent of people here own the same wealth as 80 percent of the country.

It is estimated that the UK has 4,640 ‘ultra-high net worth individuals’, with personal wealth in excess of £80m each. [ii]

A one-off 5% tax on these individuals alone would see the richest 4,640 people in our society contribute more than £17 billion to the Treasury – money that could be spent on proper jobs, decent pay, renewed infrastructure, social housing and frontline healthcare.

The petition can be signed here

The crisis in social care can't be fixed by the Tories unfair proposals.

We need a National Care Service for all, funded by progressive taxation, including a wealth tax.

We need a National Care Service for all, funded by progressive taxation, including a wealth tax. -Jeremy corbyn