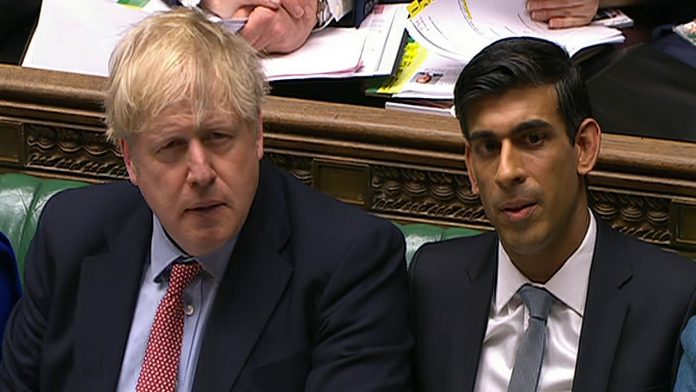 MPs back the government’s plan to raise taxes to fund spending on the NHS and social care.

What’s the new Health and Social Care tax and how will it affect me?

MPs have voted for an extra tax to fund social care in England – and help the NHS recover after the pandemic.

There had been criticism – including from within the Conservative Party – that it will be unfair on younger people and the lower paid.

Under the proposals, employees, employers and the self-employed will all pay 1.25p more in the pound for National Insurance from April 2022.

From April 2023, National Insurance will return to its current rate, and the extra tax will be collected as a new Health and Social Care Levy.

This levy – unlike National Insurance – will also be paid by state pensioners who are still working.

National Insurance is a UK-wide tax – and while Boris Johnson’s announcement focuses on funding health and social care in England – Scotland, Wales and Northern Ireland will also receive an additional £2.2bn to spend on their services.

You can read more here.

It is widely agreed that major changes are needed to England’s social care system, which helps older and working-age people with high care needs to carry out day-to-day tasks, such as washing, dressing, eating and medication.

The key proposals of the new plan are:

Mr Johnson has said the majority of the £36bn funds, raised by the tax rise will go towards catching up on the backlog in the NHS created by Covid – increasing hospital capacity and creating space for nine million more appointments, scans and operations.

A smaller portion of the money – £5.4bn over the next three years – will also go towards changes to the social care system, with more promised after that.

But there has been anger from the social care sector over the amount they had been promised.

The UK Home Care Association, which represents home care providers, said it was “nowhere near enough”, while Unison, a union for care workers, said the money “doesn’t even come close” and those in need of care would be feeling “extremely let down”.

Chairman of the Independent Care Group Mike Padgham also said the plan did not address the staffing crisis which was “sending the sector into meltdown on a daily basis as care providers struggle to cover shifts”.

Asked about staff shortages and low pay, Health Secretary Sajid Javid said the levy would mean local authorities could pay more for care and a new staff training and development programme would be introduced.

The reality: Using national insurance to fund social care is regressive and unfair.

The government has abandoned its election pledge not to increase national insurance. By increasing NI by 1.25 per cent, it is estimated that £12bn can be raised.

This increase along with the loss of the £20 universal credit top up will be hitting the poorest hardest, yet there are alternatives but of couse that would ential the wealthiest paying a little more the wealthiest who have bennifited most from public money used to prop up their bussineses and corpartions for the last 18mths during the covid crisis.

There are more proactive methods of raising the funds the goverment require, without even looking at modern alternatives like MMT. The UK social care system would do better if those that ernt more just paid what they owed.

Closing Tax loophole and clamping avoidance would take away the need for raising Taxes.

Richard Burgon proposed a ‘Tax on the wealthy’ to fund social care.

Richard Burgon: “Health and social care do need massive investment, especially after Tory austerity has so undermined our national health service over the past 11 years. A 10% tax on the wealth of those with over £100 million would raise £69 billion. Surely a wealth tax is how we should be funding these vital services. Is the truth not that despite the rhetoric and the promises, the Tories do not have the guts to take on the super-rich who fund their party, and that is why they will not back a wealth tax?”

Its welfare for the rich and we are paying for it…

If the government treated people the way they treated businesses and corporations there would not be an issue. Help for business during the covid pandemic ran to the tune of £34bn

The Treasury said that close to 1.2m businesses had taken bank bailout loans and other debt that were partly or fully guaranteed by the government. Most of this had been lent through the “bounce back” scheme, which allows very small companies to borrow up to £50,000 with only light checks on their ability to repay.

This has caused concern about the future of the scheme — which has supported banks to lend close to £34bn to 1.1m small firms — with estimates from the Office for Budget Responsibility that up to 40 per cent could default, leaving the public to pick up the tab.

Rishi Sunak lays groundwork for tax hikes: The people to pay the price of Tory spending on cronyism and corruption.