A judge has ruled that ethical veganism qualifies as a philosophical belief protected under UK law.

A TRIBUNAL judge has ruled he is “overwhelmingly satisfied” that ethical veganism is a philosophical belief and is therefore a protected characteristic under the Equality Act 2010.

Jordi Casamitjana said he was sacked by the League Against Cruel Sports after raising concerns that its pension fund was being invested into companies involved in animal testing.

The 55-year-old, from London, claims he was unfairly disciplined for making this disclosure and that the decision to dismiss him was because of his philosophical belief in ethical veganism.

Jordi Casamitjana, an “ethical vegan,” claims he was dismissed by his employer, animal welfare charity the League Against Cruel Sports, in April 2018 because he informed colleagues that their employer’s pension fund was “being invested in companies that experiment on animals” and non-ethical funds — a claim the charity has rejected.
Ethical vegans not only follow a vegan diet, but also oppose the use of animals for any purpose, such as animal testing.

At an employment tribunal on Friday, judge Robin Postle said he was “satisfied overwhelmingly” that ethical veganism meets the criteria of the Equality Act to qualify as a philosophical belief.

In a short summary judgment, Postle declared that veganism “clearly in my view meets all the criteria; It is a philosophical belief, not just an opinion.”
“It is cogent, serious and important, and worthy of respect in democratic society,” he added.

Casamitjana brought the landmark legal case to court on Thursday, hoping to force a change to Britain’s Equality Act that would see veganism included as a philosophical belief protected from discrimination.

The law, passed in 2010, defines “religion or belief” as one of the nine “protected characteristics,” which include race, sex, pregnancy and maternity and sexuality, making it unlawful for employers to discriminate on those grounds.

For Casamitjana to qualify for protection under the act, his lawyers had to prove that veganism is “a belief and not an opinion,” that it has “a certain level of cogency, seriousness, cohesion and importance,” and that it is “worthy of respect in a democratic society, compatible with human dignity and not conflict with the fundamental rights of others.”

Casamitjana expressed his satisfaction with the judgment.

Speaking after the ruling, Slater and Gordon solicitor Peter Daly, who is acting for Mr Casamitjana, said: “This is a very significant judgment.

He said any abuse directed at ethical vegans “might be seen to be harassment in the same way a racist or sexist slur might be discriminatory action”.

Mr Daly said: “The recognition of ethical veganism as a protected characteristic under the Equality Act 2010 will have potentially significant effects on employment and the workplace, education, transport and the provision of goods and services.”

During the short hearing, Mr Casamitjana was not required to read out any of his statement, which had already been submitted in written form, and was not asked any questions by the judge, his own legal representative or Rhys Wyborn, employment partner at law firm Shakespeare Martineau, who acted for the League Against Cruel Sports.

Judge Postle, who said he had read much of the written statements on Thursday, said he will provide a full judgment at a later date.

He said: “It [ethical veganism] is not just about choices of diet, but it is about what that person wears, and all aspects of their life seem to be governed by ethical veganism.”

The tribunal will now determine whether The League Against Cruel Sports treated Mr Casamitjana less favourably because of his belief in ethical veganism. The next hearing will be on February 20.

Mr Wyborn said: “The league is now looking ahead to the substantive hearing in this case and to addressing the reason for Mr Casamitjana’s dismissal, which it maintains was due to his misconduct and not the belief he holds.”

Mr Casamitjana said his belief in ethical veganism could be seen in “almost every aspect” of his life.

In his witness statement he claims to go as far as avoiding holding onto leather straps or sitting on leather seats, and prefers to walk rather than catch a bus in order to avoid accidental crashes with insects or birds.

Speaking after the ruling, he said: “This is a very important ruling for vegans everywhere in the world. That will inspire other vegans in other countries that don’t have that protection to develop cases that will lead to that protection.”

“The League is now looking ahead to the substantive hearing in this case and to addressing the reason for Mr. Casamitjana’s dismissal, which it maintains was due to his misconduct and not the belief he holds.”

Here are four great reasons to give animal products a miss.

It’s good for the planet 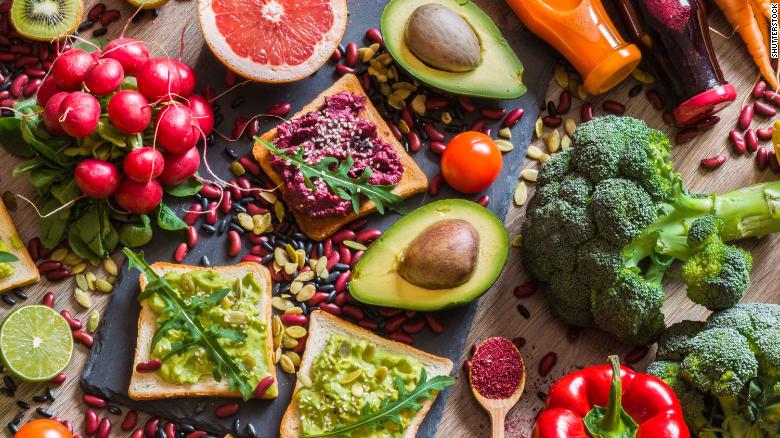 Eating less meat has been linked to cutting greenhouse gas emissions.
Scientists say we must immediately eat less meat and change the way we manage land in order to halt the climate crisis.
A climate change report published by United Nations scientists in August said eating less meat and reducing food waste could slash global greenhouse gas emissions and benefit our health and the environment.
The Intergovernmental Panel on Climate Change, which published the report, says humans affect about 70% of ice-free land on Earth, and the panel previously concluded that changing our diets could contribute 20% of the effort needed to keep global temperatures from rising by 2 degrees Celsius above pre-industrial levels.
Meat consumption is a big contributor to global warming — according to the World Wildlife Fund (WWF), agriculture is responsible for around a quarter of humankind’s direct, global greenhouse gas emissions — with livestock contributing about 14.5%.
Raising animals for food is resource-intensive, requiring the production of feed and fertilizers that result in greenhouse gases — not to mention the methane that comes from cows.
Livestock farming also requires land to be cleared — according to the WWF, around 17% of the Amazon forest has been lost in the past 50 years, with most losses due to forest conversion for cattle ranching.
Beef and soy are the leading contributors to global deforestation, while the production of meat, dairy, poultry and seafood also contributes to habitat loss and water use, WWF says.
It could be good for your health
Many people adopt a vegan diet because of its health benefits.
Sticking to a plant-based diet could help lower your risk of type 2 diabetes, a study released in July suggested.
“We found that eating plant-based diets was associated with, on average, 23% reduction in diabetes risk,” said Dr. Qi Sun, an associate professor in the Department of Nutrition at the Harvard T.H. Chan School of Public Health in Boston and senior author of the paper published in the journal JAMA Internal Medicine.
Meanwhile, another study published in the Journal of the American Heart Association found that sticking to an overall plant-based diet or a diet that includes more plant foods than animal foods could be associated with a 16% lower risk of cardiovascular disease and up to 25% lower risk of early death.

Some people choose to be vegan for animal welfare reasons — according to UK animal rights organisation Animal Aid, going vegan “is one of the best things you can do to help end animal cruelty.”
Some abstain from eating meat because they disagree with the slaughter of animals. They may choose to adopt a fully vegan diet because they believe the conditions that animals are kept in to produce popular food items — like meat, eggs, milk, cheese and honey — contribute to the creatures’ suffering.

Being vegan is easier than ever 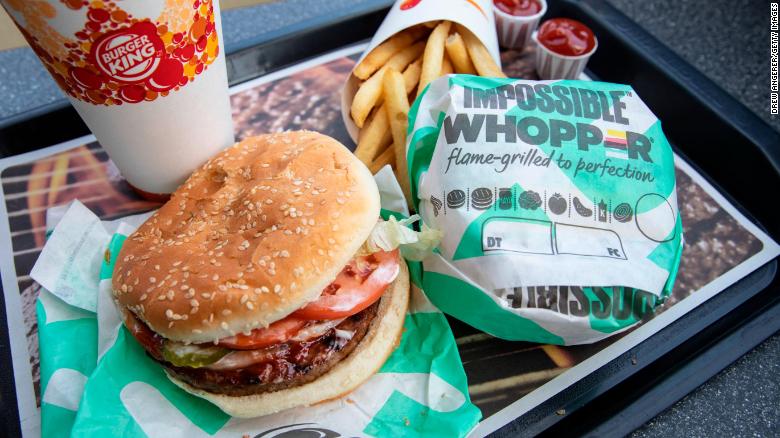 Food chains like Burger King have launched plant-based burgers.
Veganism may once have been seen as a tricky diet to cater for, but now restaurants are offering vegan dishes, and supermarkets are bursting with plant-based alternatives in developed countries around the world.
And those who still crave a fast food fix are having their prayers answered.
KFC launched a vegan burger in the UK in June, McDonald’s started offering meatless burgers in Germany, and in the US, Burger King announced that it was expanding distribution of its popular meat-free Impossible Whopper burger to 100 locations in the San Francisco Bay Area.
US retail sales of plant-based foods have grown 11% in the past year, according to a July report from trade group Plant Based Foods Association and the Good Food Institute — a nonprofit that supports plant-based businesses. Investment bank Barclays predicts the alternative meat sector could reach about $140 billion in sales over the next decade, capturing about 10% of the global meat industry.