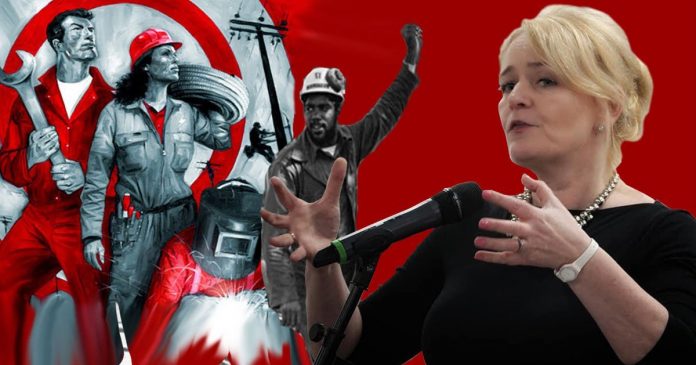 Labour’s biggest union donor is set to cut funding for the party Sharon Graham the Union leader said more needed to be done for workers.

But Ms Graham, who took over from Len McCluskey in August, said in an interview with the Guardian newspaper that “there’s a lot of other money that we use from our political fund where, actually, I’m not sure we’re getting the best value for it”.

When she took on the role after replacing Len McCluskey in August, Ms Graham promised to “completely refocus” the union.

“I will be a general secretary for the workers, for my members,” she said at the time.

In a move that could blow a hole in Keir Starmer’s general election war chest, Graham said that while Unite would still pay £1m in affiliation fees to Labour, “there’s a lot of other money that we use from our political fund where, actually, I’m not sure we’re getting the best value for it”.

Graham, speaking to the Guardian to mark her first 100 days as leader of Britain’s biggest private sector union, said: “The fact that I am being quite robust is because Labour needs to talk about workers, needs to defend workers and needs to defend communities.”

Recently Starmer declared the Labour Party the Party of Bussines in a weak attempt to woo the CBI the party announced a number of pro-business policies in recent months, including a promise to scrap business rates and replace them with a system less punitive for firms with a high street presence.

In another move apparently pitched at business, Starmer also irked Miliband at the party’s annual conference by pledging not to nationalise the “Big Six” energy firms, a possibility Miliband had left open in interviews and felt shouldn’t yet have been taken off the table.

Labour’s conference also saw the abrupt resignation of shadow business minister Andy McDonald, after he was told to oppose a £15-an-hour minimum wage – a reminder of scepticism on the left of the party about Starmer’s direction.

Over the weekend she tweeted criticism of Khan over his claim that a tube strike was “unnecessary” and had caused “widespread disruption” at the worst possible time. Graham tweeted: “Workers are turning away from @UKlabour when a Labour mayor attacks workers. It’s about time the @MayorofLondon did the right thing and stood up for workers not just at election time but when it matters.”

Sharon Graham – General Secretary, Unite the union. replied “This comment is precisely why workers are turning away from The Labour Party when a Labour mayor attacks workers. It’s about time Sadiq Khan did the right thing and stood up for workers not just at election time but when it matters.”

She described this week’s Labour reshuffle, regarded by many at Westminster as a shift to the right, as “white noise” and lamented the lack of a shadow secretary of state for employment rights and protections, saying it was “not a good signal” for the party to send.

Len McCluskey, the previous leader of Unite, was a vehement supporter of Jeremy Corbyn and had already reduced Unite’s financial commitment to Labour since Starmer took over as leader in spring 2020, but Graham made clear she wants Unite to focus less on courting Labour.

She said she would instead put money into campaigns that would “set the pace” for Labour to follow. She pointed to the Scottish government’s proposal for a national care service, reforming social care, as an example of a cause that Unite would campaign for in the hope of influencing UK-wide policy.

“If we can get in a national care service in Scotland, if we can drive that through, then let’s put the resource in Scotland, let’s get some campaigning going on there properly,” she said.

Graham said Unite would want to make sure it was a “national care service that was national, and about care, and not run for private business”. She viewed devolution as an opportunity for the union. “Westminster isn’t the font of everything, you know, and actually, there’s other ways to try and get things in, by pace-setting [policies].”

Graham skipped the Labour conference in September to focus on industrial disputes. She said she had met Starmer, but that Westminster’s obsession with party rules and whether there was “tax [cut] on champagne” during the budget was a sign of how out of touch politicians could become.

“I don’t know what world they’re living in, but [they] don’t live in the one in I’m living in, because [in] the one I’m inhabiting, people are frightened. They feel that they don’t know what’s happening next. They are angry. They are in pain. And the idea that the politicians can’t get their act together and start talking about what to do about it I find outrageous,” she said.