Tom Watson is facing a vote on Tuesday evening to decide whether he should be ‘Triggered‘ If Triggered he will face a full selection contest against other prospective candidates for the seat.

First reported by squawkbox an email has gone to members of Friar Park branch informing them of the meeting this Tuesday at the Millennium Centre, Friar Park Road, WS10 0JS starting at 7pm

The agenda for the meeting will be:

Koser Saeed did a little background work looking at Tom Watson and here is what she found:

We wonder how many Labour members, after reading this report, will still think Watson belongs in the Labour Party?

As this was an extensive study covering Watson’s record over a period of 2 decades, I’ve taken the liberty of condensing it down to all the examples where he’s either voted against, or abstained from voting for, Labour policies. From my findings, this approximates to about 30% of all votes.

• Frequently abstains on funding & support for public services and social care
• Frequently abstains on proposals to combat violence against women
• Appears not to support Women’s equality issues
• Abstained on proposals to write off child support arrears
• Abstained from supporting measures to address the concerns of WASPI women
• Repeatedly demonstrates a lack of support for Trade Unions
• Supports foreign wars
• Does not supporting investigations into illegal wars
• Does not support favouring jobs for public sector operators
• Does not support refugee family reunion and abstained to support refugee children being brought over on the Dubs scheme
• Abstained on most matters concerning Tax Avoidance & proposals to investigate banking industries
• Generally abstains on proposals to increase taxes on banks
• Abstained from supporting an increase in central government finance for councils.
• Abstained on a proposal to increase taxation of Private Finance Initiative Companies deemed to be making Excess Profits
• Tends to abstain on most measures to address inequalities experience by people with different levels of income or who belong to a minority grouping.
• Abstains on proposals to investigate Real Estate Investment Trusts
• Frequently abstains on any proposals to increase tax on high income earners.
• Abstains on bills that’s aim to address serious issues concerning mental health patients
• Abstained on a vote to reverse reductions to the work allowance element of universal credit and employment & support allowance
• Abstained on a motion calling on the Government to reverse its decision to cut tax credits
• Abstained on a proposal to increase certain benefits, payments and tax credits so that they would be in line with inflation.
• Demonstrates a lack of interest in attempts to reform the Health and Social Care act or in attempts to reveal the effect of outsourcing and privatisation in the NHS.
• Abstains on proposals to produce reports on the sufficiency of social care funding or even to call on MPs to reflect official treasury spending statistics when making public statements on health spending.
• Didn’t support allowing Clinical Commissioning Groups having an input in arrangements offered by health service providers.
• Abstained on a vote to drop the 2012 Health and Social Care Bill
• Abstains on a significant number of Brexit motions including a number that outline post Brexit arrangements with (and regulation of) financial services organisations, employment rights, investment fund regulation and UK Immigration Controls for EU Citizens for example.
• Watson did not vote to remain in the EU during the parliamentary vote in June 2016
• Watson abstained from supporting restrictions on the Ivory trade.
• He consistently avoids voting on any proposal to bring in taxation and other remedial measures that would benefit British businesses
• He consistently avoids voting on any proposals to tackle dodgy Landlords and abstains from voting on any measures that could address homelessness and rough sleeping.
• He recently abstained from supporting a bill that required UK secondary legislation to extend same-sex marriage to Northern Ireland.
• Watson also abstained on a vote to ban MPs Holding Paid Directorships and Consultancies. 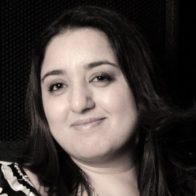