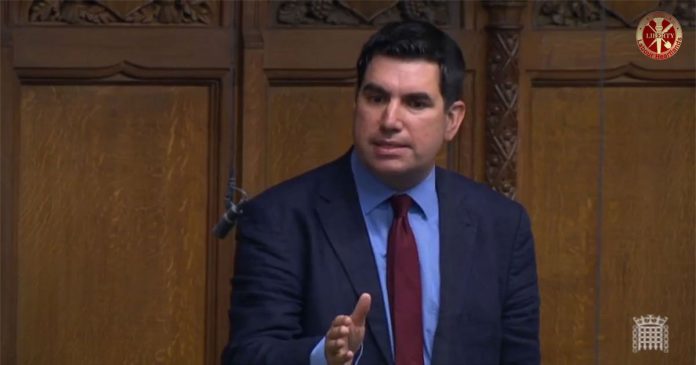 RECENTLY reading Bob Holman’s excellent biography Keir Hardie – Labour’s Greatest Hero? has caused me to reflect upon how valuable the life, politics and ideas of the Labour Party’s founder and first leader can be as a tool for socialist political education and a spur to action for all our party’s members in the situation we face in 2018.

Hardie was in many ways ahead of his time — as an internationalist and opponent of war and imperialism, as a voice for the working class in its broadest sense, as a supporter of women’s rights and as someone who spoke out against the dangers that unbridled capitalism poses to the environment.

Reflecting upon the full breadth of Hardie’s politics helps us to understand what the Labour Party was founded for, what it is for today and what it should do. It should form a key part of political education in branches across the country.

Hardie was from “the 99 per cent” of the age in which he was born. He started work at the age of 8, was a coal miner by the age of 12 and commented that he was “of that unfortunate class who never knew what it was to be a child in spirit. Even the memories of boyhood and young manhood are gloomy.”

And of course, it is “the 99 per cent” of our era and each and every era that the Labour Party must stand up for. Politics is about taking sides, after all. The morality question is: “Which side do you take?”

If you take the side of the majority that is held back by the super-rich and their economic system, and if you take the side of oppressed minorities that are subjected to discrimination by the ruling elite’s “divide and rule” approach, then you are taking the right side. Throughout his life, Hardie’s political choices meant that he passed that test.

Hardie was a trade unionist who was rooted in the reality of practical struggles to defend and improve the wages and conditions of his fellow miners. He became secretary of the Ayrshire Miners Union. Both the trade unionism and radical, visionary socialist ideas were intrinsic to the politics of Hardie just as they are to the Labour Party that he founded.

As Kenneth O. Morgan wrote in his 1987 book Labour People, Hardie had a “vision of a Labour Party which was based ultimately on the unions but was also a popular front of radicals and activists, constitutional in method but fusing political and industrial militancy for common objectives.”

He recognised the reality was that if you stripped away the rhetoric, there were two bosses’ parties — the Tories and the Liberals — and that the working-class majority needed a party of its own. He denounced the Liberals as being content to be “sitting at the gate of a rich man’s party humbly begging crumbs from his table.”

He wanted the Labour Party to be, in contrast, “what its name implies, an uprising of the working class, overseen and guided by that class, painfully and slowly working out its own emancipation.” As an MP, he put down a motion in the House of Commons which stated that Britain should form a “socialist commonwealth founded upon the common ownership of land, capital, production for use and not for profit, and equality for every citizen.”

He was also an internationalist and, just before being elected Labour Party leader, Jeremy Corbyn wrote of Hardie’s legacy to the peace movement in his essay in the book What Would Keir Hardie Say?

Hardie travelled to South Africa, where he demanded that black workers should be allowed to join trade unions. He was physically attacked as a result. He supported anti-colonialist movements and, in particular, independence for India. He opposed the Boer war and the slaughter of the first world war and was denounced as a traitor.

In 1914, just two days before the first world war started, Hardie spoke at an anti-war demonstration in Trafalgar Square, declaring: “Down with class rule. Down with the rule of brute force. Down with the war, up with the peaceful rule of the people.”

From 1910, Hardie had been attempting to get the Socialist International to commit to the idea of a general strike against war. Morgan wrote that Hardie “remains a viable inspiration for the modern peace movement.”

He enthusiastically and energetically supported the cause of women’s suffrage, regularly raising it in the House of Commons and at the huge demonstrations in favour of votes for women and challenging government ministers on the mistreatment of suffragette prisoners. He zealously opposed those, including in his own party, who had argued that votes for women should only be delivered as part of moves towards full adult suffrage. He instead insisted on “political equality with men. If this comes as part of a measure for giving complete adult suffrage, well and good; but political equality they should insist upon, whatever the conditions of that equality may be.”

It is incredible to think that it was a political activist born in 1856 who wrote about a socialism which protects the environment from the damage and degradation caused by the pursuit of private profit. He spoke in dramatic terms of when “the ugliness and squalor which now meets us at every turn in some of the most beautiful valleys in the world would disappear, the rivers would run pure and clear as they did of yore.”

Hardie was mercilessly attacked for all of these political positions. Indeed, his obituary in The Times in 1915 said “he was probably the most abused politician of his time, though held in something like veneration by uncompromising socialists, and no speaker has had more meetings broken up in more continents than he.” When he died, there was no tribute for Hardie in the House of Commons.

The example Hardie showed all of us in his ideas, analyses, choices and actions is an essential tool to understanding what the Labour Party was founded for and what we must be today.

Reflecting upon Hardie’s relevance for modern times in Labour People, Morgan addressed the reduction in the “traditional” working class of heavy industry in Britain and contemplated that “Hardie’s message could be used to promote a labour movement which still exalts the surviving working class, but which is able to reach out to a range of other protest groups, including the women’s movement, the ethnic [minority] communities, residual national sentiment in Scotland and Wales, anti-nuclear environmentalists, and the peace movement.”

In so many ways, Hardie is relevant to the present day too.

Richard Burgon is shadow secretary of state for justice and Labour MP for Leeds East.