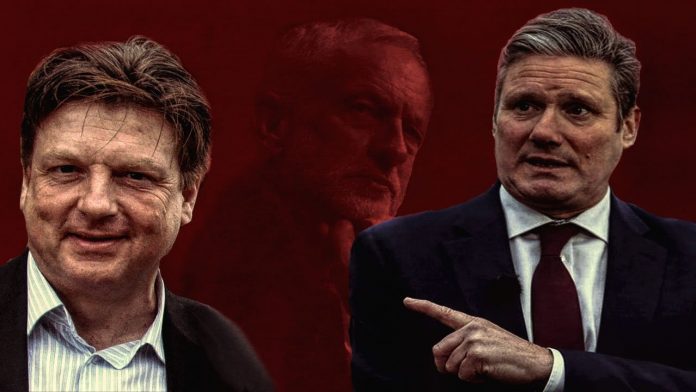 Labour’s ruling body the NEC has voted to proscribe four left factions that were vocal supporters of free speech and Jeremy Corbyn’s leadership.

The National Executive Committee moved on Tuesday to purge Resist and Labour Against the Witchhunt, on the grounds that it claims some antisemitism allegations were politically motivated, and Labour in Exile Network, which expressly welcomes expelled members who have been expelled from the party on dubious grounds, in the Labour Party that covers a lot of members. They also welcomed suspended members who have been left without support from comrades and other party members after their suspension.

Socialist Appeal, a group that describes itself as a Marxist voice of Labour and youth, will also become a banned group. Anyone found to be a member of any of these groups could be automatically expelled from the Labour party.

But to be fair the Labour Party have been expelling members for far less than being Left wing or supporting Corbyn, even when he was the party leader. Expressing a view on the emancipation of the Palestinian people is often does the trick, if not a cause for expulsion it’s one for a minimum suspension.

The NEC also backed a new complaints process that they say will make sure grievances relating to protected characteristics will be subject to independent veto or independent verification.

The process was designed to address years of frustration about the party’s handling of complaints about antisemitism, which Labour leader Sir Keir Starmer had vowed to address.

Labour Governance and legal, not fit for purpose.

Of course, many members do not trust any procedures or the governance staffers handling disciplinary actions after the revelation of the LabourLeaks and consequently the suppression of the Forde report into the leaks.

The deeply controversial internal report was leaked last April to journalists and then distributed on social media. The shocking content escalated Labour’s factional warfare and intensifies the toxic relationships between different groups within the Party.

The report, which was originally prepared for the equalities watchdog but never submitted, concluded that factional hostility towards Corbyn hampered the party’s efforts to tackle antisemitism.

The Leaks showed how staffers at Labour HQ had created an app to trawl and seek out left wing members social media, specifically looking for any and all comments including likes on posts that could be used to suspend or expel them from the party. They named themselves the new Stasi.

The report also included details of staffers’ conversations expressing hostility towards the former leader Jeremy Corbyn or his close allies the report revealed a shocking level of racism and sexism towards its black MPs.

The dossier – dated March 2020 and leaked in April 2020 – claimed some Labour Party workers did not want Jeremy Corbyn to win the 2017 general election and in reading the Whatsapp messages it would suggest they used their positions in the Labour Party to undermine the election.

The report highlights blatant sabotage and treachery carried out by staffers who worked not only against the prospect of Jeremy Corbyn becoming Prime minister but against the Labour Party becoming the government and in doing so carrying out the pledges to stop austerity make food banks redundant and change the oppressive universal credit system.

The 860-page document has unearthed a plethora of party horrors: allegations of misuse of funds, the continued undermining of the 2017 electoral campaign and the then-leader Jeremy Corbyn’s attempts to investigate anti-Semitism in the party, as well as vicious criticism of leading Labour figures by staff members in private messages.

The party’s ruling body decided that the scope of the inquiry would cover: the allegations contained in the report; its commissioning and how it was put into the public domain; the structure, culture and practices of the party.

Labour’s local chairs and secretaries were also warned by the party centrally that their online meetings should not discuss a number of specified sensitive topics related to both the Party’s Panorama ‘out of court settlement’ and the adoption of the International Holocaust Remembrance Alliance (IHRA) definition of antisemitism.

Members are angry that the staffers who received the ‘out of court settlement’ and unreserved apology are the same staffers who are named and under investigation in the #LabourLeaks dossier. These are the same staffers whose Whatsapp messages in the Equality and Human Rights Commission (EHRC) report suggest that not only did these staffers make disgusting racist remarks about Black Labour MP’s but also worked to lose the 2017 election.

Diane Abbott has also called for the leaked Labour report that sparked allegations of anti-Black racism to be published in full.

This came after the Guardian printed an article claiming the former staffers are now claiming the report contained misused private messages from their WhatsApp account.

In conclusion, Labour finding themselves expelled should not hope for solace or a fair hearing from the body set up to handle discipline issues.

Labour claim a new review panel of independent lawyers will make decisions on complaints, and a new independent appeal board will hear appeals against decisions.

Anneliese Dodds, Labour party chair, said: “We are acting decisively to put our house in order and show that Labour is – and always will be – the party of equality.

“We are getting on with the job of making sure the Labour party is a safe and welcoming space for the benefit of all our members.

“This will be the fairest, most robust process of any political party that we know of.

“We will continue to consult groups and individuals, especially those who have been subject to harassment, abuse and discrimination, as we finalise these proposals ahead of our conference.”

Unfortunately for Labour members as we have seen in the reinstatement of some of the Labour staffers named in the #LabourLeaks like the wife of Labour MP Jonathan Ashworth Labour Shadow Secretary of State for Health and Social Care, Emilie Oldknow and it reinstates controversial members accused of Islamophobia like Trevor Phillips then some members will always be more equal than others.

Several left-leaning groups took part in a picket of the NEC meeting at Southside, Labour’s headquarters in Victoria, central London, to protest against the proposals.

Socialist Appeal is strongly opposed to Keir Starmer’s leadership, and organised a campaign to remove him which involved putting forward a rule change to this year’s Labour conference that would allow members to vote out the leader of the Labour party through a vote of no confidence. This rule change has been submitted to conference by several CLPs.

Rob Sewell, editor of Socialist Appeal, said: “This is a blatant, politically motivated attack on the left by the Labour right wing. It is clear that Starmer and the right wing are determined to expunge socialism from the Labour party. Their aim is to return the party to Blairism, and make Labour a safe pair of hands for capitalism.”

As an ex-boxer, I would advise future groups who intend to challenge Starmer not to make the same mistakes as socialist apparel, don’t telegraph your punches.