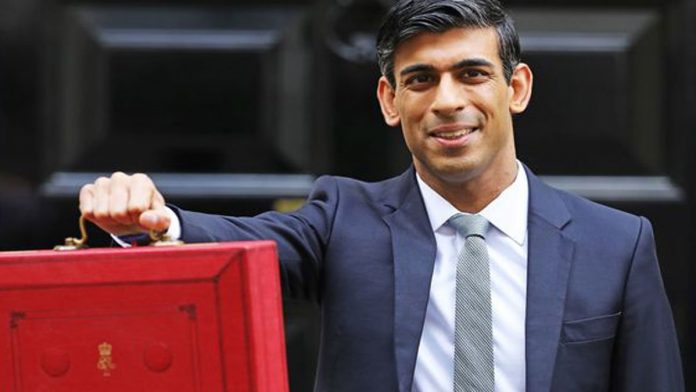 Rishi Sunak will deliver his spending plans for the next year this Wednesday in his 2021 Budget.

The annual speech see’s the government set out plans for the upcoming year as well as provide an update on the country’s finances. However, this budget promises to be more interesting that most. Not only will we see this Tory government put to task with its roadmap to recovery but we are going to see a Paradoxical ideology where the Tories are overseeing massive state spending and a Labour Party opposing.

The Tory Chancellor is tipped to extend furlough, the Stamp Duty cut and other Covid support by three months, and the £20-a-week Universal Credit uplift by six months.

Sunak has indicated that emergency support measures such as the furlough scheme will be extended beyond the end of April in the budget on Wednesday.

Confirming support will be extended, he told Sky News Sophy Ridge: “I think it’s right that the support aligns with the roadmap. So the Prime Minister’s roadmap has a path on which we will slowly reopen our economy and we want to make sure our support supports people along that path. And that’s what you will see on Wednesday.”

In an interview on Sunday, the chancellor also ruled out speeding up the easing of lockdown even if the data improved and defended his “eat out to help out” scheme.

The number of furloughed workers in the UK rose by 700,000 to 4.7 million in January, during the third Covid lockdown, according to official figures. The scheme pays up to 80% of salaries to those who cannot work because of Covid-19 restrictions.

Sunak’s budget on 3 March is set to unveil a range of measures to help support the recovery of the UK economy, but tax rises are in the offing too.

Sunak dodged the questions on future austerity and we may be looking at an interest rate hike in the near future.

This could also bizarrely see a Tory government reversing its own tax breaks for big business, only to be opposed by the Labour Party.

Meanwhile Tory MPs could revolt as they are warned they’d be stripped of the whip if they vote against the Budget.

It’s a strange time, with a Conservative government overseeing massive state spending and a Labour Party opposing. Here is what we can expect.

Rishi Sunak announced the setting up of a UK government infrastructure bank this seems very simpler to Labour’s last manifesto pledge when the then Labour’s Shadow Chancellor, John McDonnell MP, announced a radical shake up of the UK banking system to provide the long-term funding needed to prepare our economy for the future, to support communities neglected by the finance system, and kick start Labour’s Green Industrial Revolution. A £250 billion National Investment Bank and network of Regional Development Banks to give our businesses, infrastructure and industries of the future the funding they need

The Treasury has only said it will focus on supporting new technologies that are too risky for private finance and would contribute to meeting the government’s target of net zero carbon emissions by 2050. As examples, it gave carbon capture technology and the rollout of a nationwide network of electrical vehicle charging points.

The selection process has just begun for a part-time chair, working two to three days a week, and it is scheduled to open on an interim basis on April 1.

The bank’s creation has prompted a debate about how infrastructure should be funded in the UK, at a time when the government’s finances are stretched and customers are likely to resist tax or bill increases, the means by which many sectors — such as ports, airports, energy, telecoms, water, and electricity — are funded.

Many of these assets in England are owned by sovereign wealth, pension and private equity funds, and regulated by arm’s length bodies, under one of the most privatised infrastructure systems in the world.

Some of the Economic support measures the Tories are said to be introducing include.

Stamp duty The threshold at which buyers start paying stamp duty increased last July from £125,000 to £500,000 in England and Northern Ireland, exempting almost nine in 10 transactions. A backlog of sales means an extension for three months beyond the 31 March deadline is expected, costing around £1bn.

Hospitality sector VAT Already extended once, the temporary reduction from 20% to 5% is likely to be pushed back to the summer, possibly for three months beyond the current 31 March cut-off. A delay could add £800m to the estimated £3.3bn cost so far.

An extension in the temporary 100% tax cut for hospitality, retail and leisure is expected. Last year, larger firms paid back £2bn of unused relief on the tax, which is levied on commercial properties, and it could help fund a continuation of the subsidy. A more fundamental review of business rates and a potential online sales tax to help boost bricks and mortar retailers have been delayed until an autumn budget.

Business grants £600m of funds made available in January for the hardest hit firms, many of them in the hospitality, leisure and tourism sectors, could be topped up.

Universal credit A £20-a-week uplift will run out in April but an extension for six months is likely after calls from all sides of the political spectrum for poorer families to receive support while restrictions remain in place.

Investment for ‘levelling up’ The chancellor is expected to accelerate investments in transport, infrastructure spending and top-up pots for regenerating town centres.

Investment in net-zero carbon Last month, the green homes grant for insulating homes was cut back to save around £1bn. The budget is expected to roll out further measures to bring down carbon emissions, including a more extensive electric vehicle-charging network.

Corporation tax The chancellor is considering an increase in the headline corporation tax rate from 19% to 20% or even 21% from the autumn. Each percentage point rise gives him an extra £3bn in annual receipts. It could reach 25% by 2024.