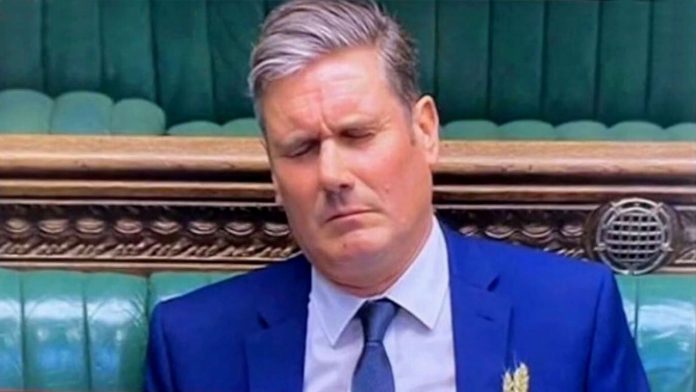 Mortimer has won with a majority of 6,940

You would be forgiven for thinking a loss wasn’t planned, surely no leader could be so incompetent.

It’s shameful Labour losing this seat, there is no excuse, Sir Keir Starmer’s poor choice of candidate, Paul Williams, was a recipe for failure. The Labour Party Parachuted in an ‘Arch-Remainer’ to stand in ‘an overwhelmingly Labour leave voting seat and lost dramatically, who would have guessed? Well actually everyone.

A Remainer in Brexit Land

No lessons have been learnt by the Labour Party, they didn’t listen then and they aren’t listing now!

A forgotten fact, the six seats Labour lost on June 8 2017, every one of them was a Brexit town, a leave voting constituency.

Williams is an arch-Remainer he was a vocal advocate of a second Brexit referendum, while Hartlepool itself voted 69.6 per cent in favour of leaving the EU. That really did not go down well there ort in the other 60% of Labour constituencies that all voted to leave the EU.

The *exact* same people who are saying “Labour was always going to lose Hartlepool, it was a leave seat!” said Labour should have Sir Remain QC as the party leader because the issue no longer mattered.

“Parachuting someone like that in is about the best thing they could do – for the Tories,” one local councillor in the town said.

While Hartlepool has voted for a Labour MP since 1974., it now becomes the latest Red wall northern seat to turn blue.

Labour seem to be in Freefall and it’s all down to Sir Keir Starmer and his centrist position. Who wants a Tory alternative when they can have the real thing. Labour need to shift back to the Left

Labour should drop Starmer now before this ebbing tide carries away all hope.