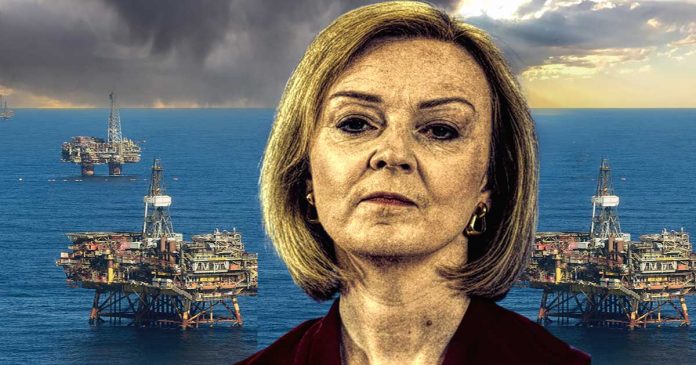 Former Shell executive and British prime minister, Liz Truss has said the extortionate energy bills faced by Britons this winter and beyond are a “price worth paying” to support Ukraine’s fight against Russia and help secure the UK’s long-term security.

Speaking to journalists as she travelled to the United Nations General Assembly in New York, she claimed higher costs were worth the pain so the UK did not rely on regimes such as Russia, which has been accused of “blackmailing” Europe over gas supplies to the Continent.

“It’s a price worth paying for Britain, because our long-term security is paramount,” said Ms Truss.

However, she neglected to mention unlike the EU Britain no longer receives any Russian gas and even Before the Ukraine conflict Britain relied on 4% of its total gas usage.

In June 2022, the fourth full month since the invasion, according to UK trade statistics, the UK Imported no oil, gas or coal from Russia. This was the third month in a row with no Russian gas imports, but the first month (since 2000 when this data is available back to) with no gas, oil or coal imports from Russia. Overall energy imports from Russia in the year to June 2022 were £4.4 billion.

Truss went on to claim:

“We cannot jeopardise our security for the sake of cheap energy, and that’s the mistake that the entire Western world made post-War.

“It’s becoming too dependent on authoritarian regimes – not just for our energy supplies, but also for other critical minerals and other goods.”

The Government has announced that energy bills for a typical household will be frozen at £2,500 for two years.

But ministers are yet to outline how much the measure will cost, amid estimates it could spiral to £150billion of taxpayers’ money, money that at some point will need to be paid back into the treasury.

Even though Energy companies are now making hundreds of billions in excess profits.

According to Treasury estimates, UK gas producers and electricity generators may make excess profits totalling as much as £170 billion ($199 billion) over the next two years.

With the very recent Covid bailouts the treasury will be looking at a deficit of around £500 billion, that’s roughly about the same amount both Labour and the Tories spent of our money bailing out the bankers, which cost the public ten years of austerity.

Chancellor Kwasi Kwarteng is due to deliver an emergency mini-Budget to the Commons on Friday.

Ms Truss said she did not want rocketing energy prices “to be passed on to bill-payers … because I don’t think that’s right”.

Truss also insisted she would not be telling the public to ration their energy use this winter, despite the Russian president Vladimir Putin limiting gas supplies to Europe.

The Conservative leader indicated she would stop at nothing as she chased economic growth, next she will be telling us trickle-down economics work.

The Prime Minister also vowed to force through “unpopular” moves amid fears she is poised to lift the cap on bankers’ bonuses.