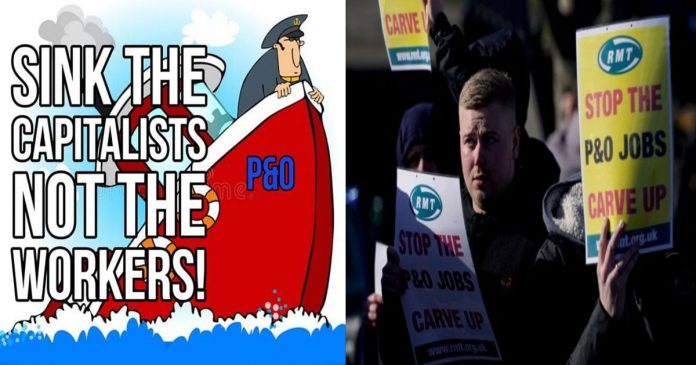 Seafarers from abroad brought in to replace the 800 sacked British P&O Ferries crew are being paid as little as £1.80 an hour, unions have claimed.

The news emerged as Labour accused the government of doing “absolutely nothing” when it learned of the planned sackings, as a memorandum with the “game plan” of P&O was circulated last Wednesday evening a day before the sackings.

The RMT union, which represents many of the staff who were abruptly fired last week by the Dubai-owned company, said Indian ratings brought in by offshore agencies to operate on the Dover-Calais route were being paid $2.38 (£1.80) an hour.

It is understood that P&O Ferries disputes the figures, but it declined to discuss the rates or give alternative rates as the crew are employed by a third-party agency.

The RMT general secretary, Mick Lynch, said it was “a shocking exploitation of those seafarers and another gut-wrenching betrayal of those who have been sacked”.


He called for sailings to be halted amid safety concerns over the wholesale replacement of P&O’s long-serving crew with fresh officers and ratings.


Lynch said: “The rule of law and acceptable norms of decent employment and behaviour have completely broken down beneath the white cliffs of Dover and in other ports, yet five days into this national crisis the government has done nothing to stop it.”

Operators are not liable to UK employment regulations when they are sailing internationally and are flagged outside the UK. After Brexit, P&O Ferries reflagged. P&O ferries are registered in Cyprus an EU country.

Although it is illegal to pay below the minimum wage of £8.36 going up to £9.18 from 1 April 2022 in the UK the EU have no minimum wage. This allows for the exploitation of workers.

At this time, it is unclear what contracts the exploited Indian seafarers would be working under but one thing is clear they cannot be employed under UK employment law.

Cyprus is one of the EU members states without a minimum national wage. 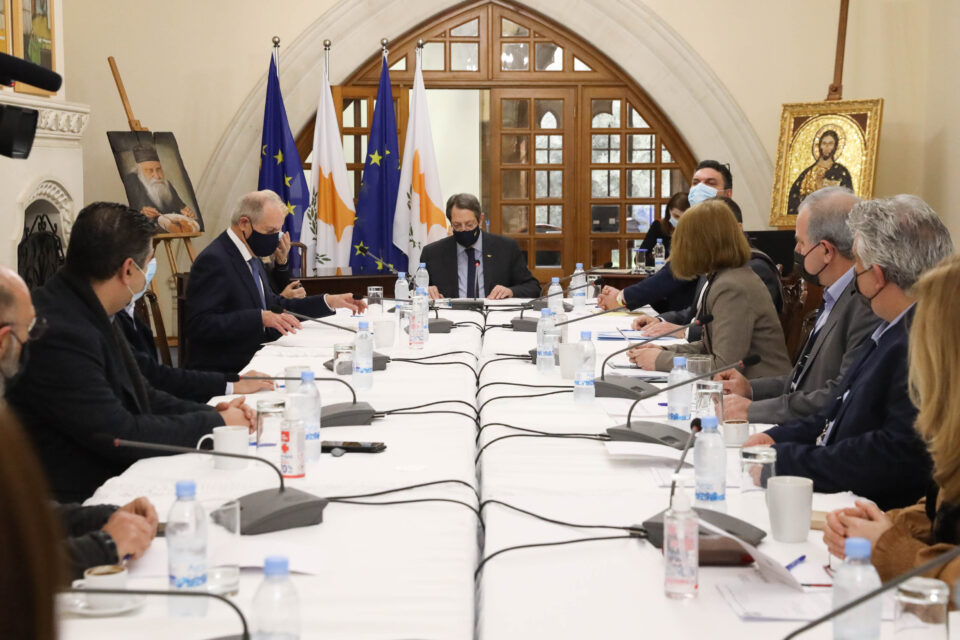 Although the Cypriot government has recently announced that it plans to go ahead with a minimum wage and has been in discussions with trade unions and employer groups on the practical aspects.

In February the Cypriots PEO Union general-secretary Sotiroula Charalambous told reporters she welcomed talks on a national minimum wage which needed to address important issues so that it does not serve as a tool to push salaries down.

Charalambous said that for sectors of the economy where there are collective agreements, the minimum wage guaranteed in those should serve as the benchmark.

In other cases, a mechanism needs to be developed that will cover the minimum wage and other benefits of employees not protected by a collective agreement.

“It is important that a dialogue is underway at the labour ministry with social partners, and this will continue,” she said.

Another issue discussed with the president was a strategy to employ third-country nationals, amid pressure from employers who say they cannot fill posts.

Charalambous said that it was important that any strategy ensure that there is a proper analysis of the actual needs for workers so as to ensure that third-country nationals do not serve as a cheap labour alternative and are used to erode the benefits and wages of others.


UK workers rights have not changed

Since leaving the EU nothing has changed with UK workers’ rights, we still have exactly the same protections as we did prior to 2021.

The EU have an unbalanced system of workers’ rights with no EU universal minimum wage or contract laws. This has enabled workers from low waged countries and third-party countries to be constantly exploited.

The ECJ offers no salvation.


Employing cheap exploited third-country workers is not new amongst shipping companies. Unfortunately, the European court of justice offers no justice when it comes to sticking up for workers the ruling in the Viking case in 2007 is evidence of the system’s corrupt dealings when it comes to workers.

At issue was the concept of “posted workers”, employees hired in one country but employed in another.

Viking, a Finnish ferry company, posted workers from Estonia as a way of getting round collective bargaining agreements made in Finland.

Viking Line ABP operated a ship called The Rosella between Estonia and Finland. It wanted to operate under the Estonian flag so that it could use Estonian workers on lower wages than the higher Finnish wages for the existing crew. The policy of the International Transport Workers Federation (ITWF) was to oppose such “reflagging” for convenience by companies registering their ship abroad in a low labour cost jurisdiction, when their real seat is in another country.

The Finnish Seamen’s Union, a member of the ITWF, planned industrial action. The ITWF told its partners to not negotiate with Viking and hinder its business. Viking Line ABP responded by seeking an injunction in the English courts, claiming that the industrial action would infringe its right to freedom of establishment under TEC art 43, now TFEU art 49.

The High Court of Justice granted the injunction, but the Court of Appeal of England and Wales overturned the injunction on the balance of convenience. It held that there were important issues of EU law to be heard, given that, in the words of Waller LJ, it affected the “fundamental rights of workers to take industrial action”. So it made a TEC article 234 reference (now article 267) to the European Court of Justice.

The European Court of Justice held that, though it was for the national court to ultimately answer the question, it was possible that collective action taken by workers to protect their interests could be unlawful because it infringed the employer’s interests under TFEU article 56. It could not be the case, in this situation that the workers’ interests were sufficiently threatened because the ECJ felt that the jobs and conditions of the workers’ employment were not ‘jeopardised or under serious threat’.

It was the case that ‘the right to take collective action, including the right to strike, must… be recognised as a fundamental right which forms an integral part of the general principles of Community law’, but ‘the exercise of that right may nonetheless be subject to certain restrictions… in accordance with Community law and national law and practices.

The action by the company – a classic example of a race to the bottom – was challenged by the International Transport Workers Federation and ended up in the ECJ. The judges sided with the company, with the ECJ advocate general Poiares Maduro saying “the possibility for a company to relocate to a member state where its operating costs will be lower is pivotal to the pursuit of effective intra-Community trade”.

The judgment of the European Court of Justice was met with widespread condemnation by labour law experts on the basis that it failed to give due regard for the respect of human rights and places business freedom above the interests of working people. It was one of the triggers for the UK’s 2009 Lindsey Oil Refinery strikes.

The ILO‘s Committee of Experts found severe breaches of the ILO Convention 87 on the freedom of association and protection of the right to organise.

Thus, it is generally viewed as being characterised by poor quality reasoning and is regarded by most commentaries as wrong. But the ECJ rules were final.

We must remember this is an attack on all workers and further exploitation of foreign workers that should be fought at every turn.

P&O must be declared a pariah company and all contracts with the British government suspended until it resolves this issue.

Starmer asks staff to take a pay cut as cash runs dry: It doesn’t leave us much hope for the economy or workers in...