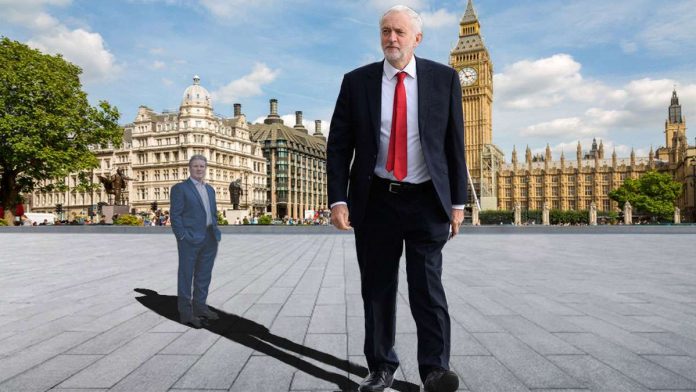 Corbyn is best placed where he is with no intention of jumping.

The Labour Party are trying to force Corbyn out but they hope he jumps to stop a mass exodus of members.

Labour Heartlands has it from a source close to Jeremy Corbyn, that at this point in time, he is a Labour Party member although sitting as an independent MP, he has no intention of walking away from the Party he has been a member of for over 56 years and an MP representing North Islington for 39 of those years.

Contrary to the right-wing newspapers and Starmer’s rumour control, who hope to trigger rumour into reality, it is not in Jeremy Corbyn’s best interest to leave the Labour party and form his own.

Apart from the fact Jeremy Corbyn is tied up in legal battles with the Labour Party and to just leave would collapse his case. Corbyn understands that he is best placed where he is to influence politics that means doing exactly what he is doing right now, keeping his nose clean, representing his constituents and fighting against injustices where he can.

There are many thousands that would love to see Jeremy Corbyn be the face of a new political party. A party that not only challenges the Tories but offers a real alternative, however, if Corbyn was to just leave at this point he would have handed Starmer an outright victory, allowing Labour to say Corbyn jumped, nobody pushed him.

Right now Starmer and his right-wing look very bad, they have turned not only on their former boss but on everything they pretended to stand for. Starmer has systematically attacked everything and everybody remotely Left-wing, including the very manifesto he stood on when elected.

His insistence on withdrawing the whip from Jeremy Corbyn has been a very expensive move when it comes to support. The act has seen an estimated 150k members leave the Labour Party, that’s more than the entire Lib Dem membership and just under the Tory membership itself.

Pushing out or expelling Jeremy Corbyn from the Labour Party would see another mass exodus of Labour members, something the failing Sir Keir Starmer may not care about but he certainly cannot afford the embarrassment, especially just before a General election. It is doubtful without trumped-up charges the Labour Party could legally expel Corbyn right now, a reason he has to watch his words very carefully, as with every other Labour member, who are constantly watched in all they say, do, or like.

If Corbyn was to voluntarily leave the Labour Party, something that would not be in his best interest, Starmer and the right-wing press could ignore him while constantly briefing against him, as a Labour member he still has rights and the rule book protects him against outright attacks from other members.

Of course, when the next general election is called, and if the current predicament persists, Jeremy Corbyn will not be able to stand as the Labour candidate.

At that point if Corbyn does not have the whip, which is likelier than not, Jeremy Corbyn should and must stand as an independent, under these circumstances, Corbyn will have right on his side. Only at that point would a new Party be possible. Unless of course, Starmer tries to move out of this self-imposed checkmate, by expelling Corbyn, if that were to happen, watch the entire British political establishment tremble, as once again the status quo is threatened.