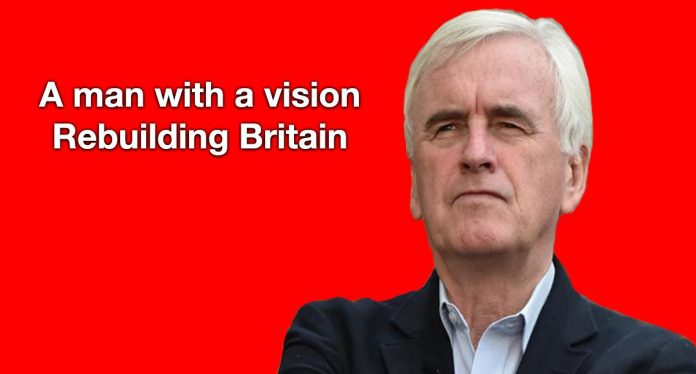 Labour has urged MPs to unite in opposing the budget if it does not include plans to halt the rollout of the much-criticised universal credit.

In an interview with Sky’s Sophy Ridge on Sunday, McDonnell said: “What we’re saying – and it’s not just me, it’s the National Audit Office, it’s large numbers of charitable organisations – halt the rollout of universal credit to stop these people being forced into poverty.

“And I’m saying to other political parties, if [Hammond] doesn’t halt the rollout of universal credit, we’ve got to vote this budget down. We’ve got to stop him forcing people into poverty in this way.”

McDonnell also said Hammond’s failure to acknowledge the problems with UC amounted to “callous complacency”, but he focused on calling for it not to be extended rather than abolished in his Sunday interviews. A Labour party spokesman has advocated abolishing UC, but some experts say that is unrealistic.

This came after Mr Hammond on BBC One’s Andrew Marr Show failed to answer whether he is actually planning to put an end to years of austerity, as PM Theresa May has recently claimed.

Labour has published a new list of 10 “emergency demands” for the government on UC, a benefit reform system that rolls all payments into one monthly lump sum that has pushed claimants into severe hardship.

At the top of its list of demands is ending the five-week wait for payments that it says is “unprecedented in social security.” In comparison, claimants of the stand-alone Jobseeker’s Allowance only wait around 10-14 working days.

Mr McDonnell urged MPs to reject the Finance Bill this week if the demands – including splitting payments among couples to help prevent financial dependency on abusive spouses – are not met.

During an appearance on Sky News, he added: “I’m saying to other political parties that if [Mr Hammond] doesn’t halt the roll-out of Universal Credit, then we’ve got to vote this Budget down. We’ve got to stop him forcing people into poverty in this way.”

“The callous complacency of the Chancellor, who has refused to make good on the Tories’ promise to end austerity, is shocking.

“Nothing less than an end to failed austerity in the Budget will be acceptable,” he continued.

Mr McDonnell said it is “farcical” that ministers are now trying to fix problems they created through their own policies such as UC.

And on Brexit Mr McDonnell said he was shocked that Mr Hammond has suggested that he has “accepted” the possibility of a no-deal scenario.

“He does want us to be like Singapore, a tax haven which will undermine our manufacturing base and, I think, put people’s living standards at risk,” Mr McDonnell argued.

“We’ve got to ensure that there is a deal. The best way of doing that is Theresa May negotiating a proper deal that protects jobs and the economy.

“And if she can’t do that, she should step to one side because there’s too much at risk from a no-deal. If she can’t do it herself, let Labour get on with the negotiations. Or let’s have that general election and let the people decide.”

Labour would “support” a deal that Ms May comes back with if it would “protect jobs and the economy,” he added.

Everybody’s got a price: Lords are currently running at £162-per day

The Labour Party has lost it: Starmer sacks Long-Bailey for sharing an article from the Independent newspaper

NHS celebrates 72nd anniversary during its most challenging year in its...