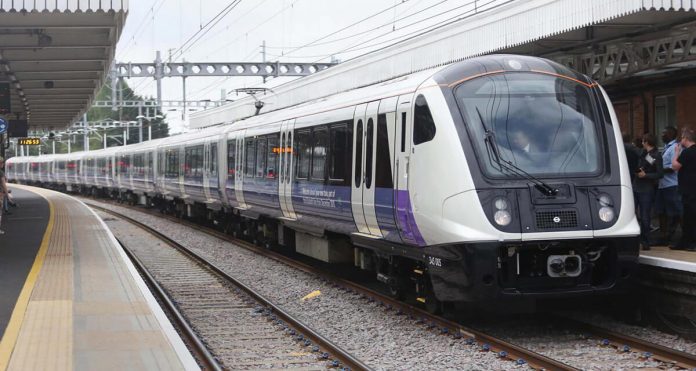 The government has given London Mayor Sadiq Khan a £350m loan to cover additional costs caused by delays to the Crossrail project.

The financial help for the capital’s new railway was revealed in a written statement to parliament by Transport Minister Jo Johnson on Friday.

Earlier this year, it was announced the new £15bn route through central London will open almost a year later than planned.

The extension was said to have been required for “final infrastructure and extensive testing”.

London will bear any additional costs as a result of the loan “via a financing arrangement”, the minister added.

Meanwhile, Khan said the bailout was the result of “positive discussions” between City Hall, Transport for London and the government and would allow construction and testing to continue.

“Some very challenging work remains to be completed, but we will continue to work alongside the government to deliver this important piece of infrastructure, and we will continue to keep the public informed of our progress towards its completion,” the mayor said in a statement.

The funding – which brings the current cost of the scheme to £15.75bn – comes after project bosses announced in August the decision to delay the opening of Crossrail by nine months.

The route – which will be known as the Elizabeth line – had been due to open in December but was held back in order to allow more time for testing.

Independent reviews into Crossrail’s finance and its governance are already underway.

The Times reported, HS2 budget ‘will balloon to £80bn

The HS2 high-speed rail project is “highly likely” to go as much as 60% over budget and cost “more than £80bn”, according to a secret Cabinet Office report leaked to The Sunday Times.

The assessment, by the government’s Infrastructure and Projects Authority (IPA), describes the scheme as “fundamentally flawed” and in a “precarious position”.

It warns that the chaos in the project — officially costed at £56bn — threatens wider public spending, with a “very high opportunity-cost impact across other government departments”.

The high-speed rail link, due to open its initial section in 2026, has been dogged by delays and growing concerns about the spiralling cost.

Paul Griffiths, the head of the northern section of the project, announced last week he will quit at the end of this year after it merged the second phase, from Manchester to Leeds, had been delayed by a year.

This latest news does not give the public any faith are we to expect more spiraling cost for a vanity project?