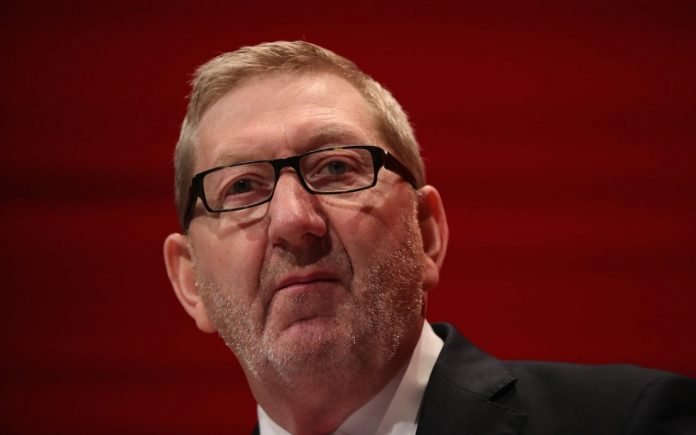 Chesterfield May Day celebrations are the largest outside London and today we were privileged to listen to a speech made by Unite the Unions leader Len McCluskey.

My views on Len McCluskey’s speech:

Len McCluskey used his speech to talk about change and hope, a shared feeling across the country. There is a new hope that has been inspired by Jeremy Corbyn and change that together we can all make happen.

Paying tribute to Tony Benn while being in his old constituency of Chesterfield, he continued speaking of Tony Benn and how Benn was a firm believer in the power of people. The real power that we all have when we stand together. Len thanked real socialist MPs like Dennis Skinner, the Beast of Bolsover and Chesterfield neighbouring CLP.

His speech highlighted the real issues of austerity, the ‘cuts’ that affect the public sector, nurses, teachers, refuse collections, and all those that keep our country running. The same people who have seen the worst of the effects that austerity brings. He clearly pointed to the bankers and speculators – the real culprits of the ‘financial crash’ – referring to them as “The same Greedy Bastards that won’t pay their taxes now” and expressing colourfully what we all think.

Len pointed out the failing economy and the fact that “Austerity does not work, you cannot cut yourself out of a recession”.

It was a sharp reminder to the people of Chesterfield that real issues brought on by greed are still affecting our everyday lives. Tory cuts are impacting on our local schools, libraries and most frighteningly our NHS and social services. This reflected our own situation here with the Derbyshire led County council who are working tirelessly in their ambition to take away what generations of workers have built for the greater social good, just like they are in all other Tory-led councils up and down the country.

Len quite rightly talked about workers’ rights, well actually the lack of workers’ rights in profit first companies, singling out Sports direct and the appalling abuses carried out on workers there, he also paid tribute to the good work carried out by the local branches of Unite the Union in bringing Sports Direct to the attention of the public. He made the poignant remark about how the Tories always put profit before people. I am sure it’s a question we all ask in the 21st century: why is greed in the 5th richest economy acceptable above the rights and dignity of the people while we are continuing to fight for a more equal and just society?

We know that not all is dark in this Tory run Britain and on this brightest, hottest May Day Len pointed to the hope we all hold. The hope that has been inspired by Jeremy Corbyn and his revival of the Left and socialism bringing the Labour Party back to its natural position.

Len quoted Tony Benn saying “Hope is the fuel of progress and fear is the prison in which you put yourself” and going on to explain how the media and the right wing use fear. Fear is used in the press and mainstream media to stop the advancement of an equal society.

While this is very true, thankfully people are becoming wise to project fear, a project that is now becoming transparent in its very nature and is leaving people angry. They are angry when they can clearly see through the illusion some are trying to create to enforce the idea that there is no other choice but that of being a slave to the right-wing establishment. Fortunately, that illusion is dissipating and the reality is that we know the failed model of economics and society they are peddling is a failed model. We deserve better.

The Unite Boss goes on to describe the way the establishment keep attacking Jeremy Corbyn day in and day out!

I call Len McCluskey the Unite Boss at this stage because his message is strong – we all need to Unite behind Jeremy Corbyn.

He continued talking about the disgraceful attacks from the right wing, and not only the right-wing press and establishment but much worse, from our own Party. Len singles out Chuka Umunna who called for an inquiry into Labour’s local election campaign. Not that the results were even in at the time or admitting he appeared on LBC on the eve of the elections to slate the Labour Party – his own Party.

Chuka Umunna had demanded an inquiry into a so-called Labour local election disaster. Len McCluskey made no bones in setting the record straight on that. Without the need for an inquiry, Len pointed out the gains made by Labour and the defeat on the Tories in their strongholds, stating Labour’s best performance in the London Local elections since 1971.

Len echoed my own sentiments to Chuka and other members of the PLP. He told him where to shove his inquiry, to “stop siding with our enemy,” to get behind the party and start supporting those that put you in power.

I personally would go one further and demand that such MPs be disciplined and we bring back mandatory reselection, stealing from the people that ask for a second referendum they use words to the effect of  “democracy is an ongoing thing and when circumstances change then our opinions change, we should have a second vote!” in this case that’s a reselection of our representative MPs. MPs that no longer represent our views or the views of the Labour Party.

In all Len gave a great message to the people of Chesterfield, the message is when we stand together we are the strength the power and the ones that can make real change. A message that says support Hope support Jeremy Corbyn and don’t allow those who want to take away that hope imprison you with fear.

The kicker is that those social services that used to be state funded, will be sold off to the privatised free market.

Why should we be forced to sell off our safety net to those who crashed the economy in the first place. Is this fair? The free market very rarely creates genuine price realisation, just Ponzi growth created by monopolisation, funded by toxic banks, resulting in very little infrastructure investment.

Privatised energy and transport markets are a prime example of this here in the UK……we get completely ripped off.

Coronavirus: “Led by the science.” Schools in England should not reopen on June 1