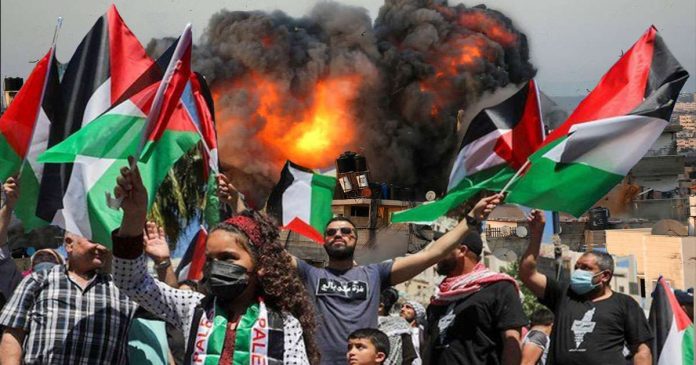 A statement from Israeli Prime Minister Benjamin Netanyahu’s office said the security cabinet had “unanimously accepted the recommendations to accept an Egyptian initiative for an unconditional … ceasefire.”

Palestinian groups Hamas and Islamic Jihad then confirmed the ceasefire in a statement, saying it would come into force at 2:00am on Friday (23:00 GMT on Thursday).

Netanyahu’s office said the two sides were still negotiating exactly when it would take effect.

With a ceasefire on the table, Israelis and Palestinians are counting the cost of 11 days of fighting that brought death, destruction and instability to the Middle East.

These statistics give a sense of the toll this conflict has exacted:

Around the world people are still stunned by the violence carried out against the oppressed Palestinians while their plight has been brought to the front of world politics but at the cost of so many innocent lives from all sides.

We now expect the usual overtures from world leaders and their promises of a concerted effort to bring about lasting peace. Perhaps another peace accord where Biden gets a Nobel peace prize and everyone else gets what they want except the Palestinians of course.

Why not a ‘one state solution?’

Workers of the world, unite: Industrial action by Striking Palestinians Across West Bank, Gaza and Israel is Spreading.