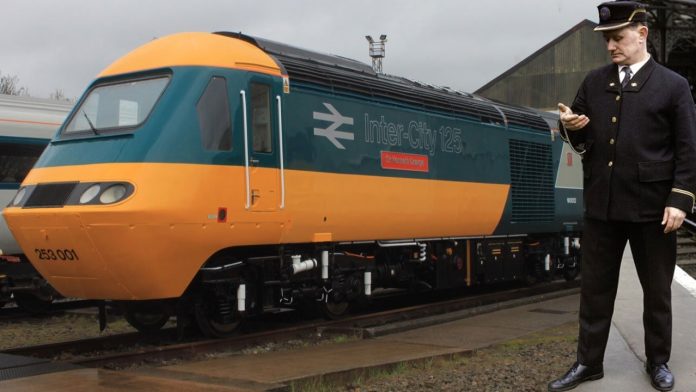 The government has announced a white paper that places control of rail infrastructure and services under the new arm’s-length public body, ‘Great British Railways’ claiming with franchises replaced by contracts that this will incentivise private firms on punctuality and efficiency rather than raising revenue.

Boris Johnson, said he was “a great believer in rail”, but added: “For too long passengers have not had the level of service they deserve.”

The transport secretary, Grant Shapps, said passengers had been failed by “years of fragmentation, confusion and overcomplication”. He said Great British Railways would “become a single familiar brand with a bold new vision for passengers – of punctual services, simpler tickets and a modern and green railway that meets the needs of the nation”.

Great British Railways will run and plan the network, as well as providing online tickets, information and compensation for passengers nationwide.

It will streamline and simplify fares, including extending contactless and pay-as-you-go systems to more parts of the country.

Translated the government admits privatisation of rail has failed.

It really doesn’t cut it, the government are now not only subsidising railways but are spending more to act as a grand station master, doing the job of the private companies for them.

The government claim the rail industry will be simplified but still substantially privatised as a rebranded Great British Railways.

If the government really want to improve services then they should take full responsibility and bring Rail back into public ownership. Claiming it’s not profitable doesn’t hold water, over 70% of our Rail is publicly owned, just not by the British public.

While ever the railways are franchised to private companies and what’s more out to foreign state-owned companies the ‘British Taxpayers’ will continue to see public money drain out the railways and into the coffers of other governments instead of being used to reinvest in our own transport systems. There is simply no incentive for foreign-owned state railways to reinvest in UK railways, it’s always been, take the money and run.

“Privatisation has failed passengers and the public by hitting their pockets and providing poor service and left foreign state train operators laughing all the way to the bank.

“The revelation that over 70% of the UK train operations are now partially or wholly owned by foreign states or their railways is nothing short of a national scandal.”

Out of roughly 30 UK railways, only six are fully owned and operated by private companies or British government authorities.

Surely if other state owned railways see fit to own the UK rail franchises and make a profit then its profitable and cost effective for the UK to have public ownership of our own railways.

However, the reality is privatisation has failed. This is not the way the country’s rail privatisation was supposed to go. The break-up of state operator British Rail between 1994 and 1997 into many private operators was meant to introduce a healthy level of competition among private British companies that would lower prices and improve services for passengers.

Government funding of the operational railway increased by 45.2% to £6.5bn and is forecast to increase further in 2020-21. Governments contributed £6.5bn to the operational costs1 of the railway in 2019-20, an annual increase of £2.0bn (45.2%). This included a £1.3bn (34.4%) planned increase to Network Rail funding to improve the condition of the main rail network2 and a £0.7bn (127.4%) increase in net government support to franchised train operators. This included £0.3bn in March 2020 due to the effect of the coronavirus pandemic.

It’s time the government used that money to invest in our railways and bring them under public control rather than keeping the failed system of privatisation on life support.

Any model that has “privatise profits, socialise losses” for a strategic service like the railways (and utilities for that matter) is not a fair deal for the taxpayer.

Labour said the review raised more questions than it answered. Jim McMahon, the shadow transport secretary, said: “With fare hikes, £1bn cuts to Network Rail and broken promises to communities across the country, it’s yet another example of ministers talking a good game, with very little substance underneath.”

Unions echoed the concerns. The TSSA general secretary, Manuel Cortes, said the plans were “papering over the cracks” of privatisation.

RMT General Secretary Mick Lynch said: “This is a missed opportunity by the Government to make a clean break from the failures of the past that have left Britain’s railways in the slow lane.

“The Government talk about ending a generation of fragmentation but then leave the same private companies in place under this arrangement to extract management fees that could be invested in to building a truly integrated national rail network. The taxpayer carries all the risk while the train companies carry out bags of cash.

“If the Government were serious about recognising ‎the impact of failed rail policy down nearly three decades they would cut out the middleman, strip away the dead weight of the private companies and work with their staff on building a transport system fit for the future where investment in the workforce and infrastructure comes first.

Mick Whelan, the general secretary of train drivers’ union, Aslef, said: “We fear that, with capacity falling through the floor and a £2.9bn shortfall in revenue at the fare box, the government is going to use the Williams-Shapps plan to try to justify cuts in services.”

Kleptocracy Central: Javid orders NHS England to give away £270m to private hospitals for standing by in case of an Omicron surge even though...

HS2: Dennis Skinner, Do I want to get to London 30 minutes quicker.