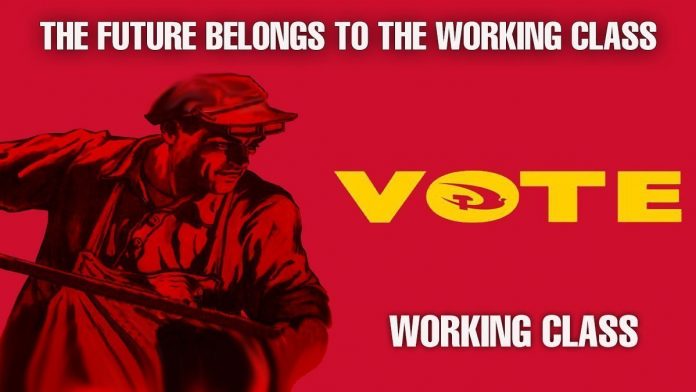 The Communist Party plans biggest electoral campaign since the 1980s

The failures of the mainstream parties have brought about thousands of disenfranchised voters. The Labour Party has lost over 57k members since Sir Keir Starmer became Leader. The Tory Party membership is literately dying of old age and its attempts to attract younger members has fallen dramatically from its peak at 157,000 in 1949 to just over 10,000 members aged under 30 in 2018. The Lib Dems are still in the midst of their political death rattle and even with a membership of 115k or so it cannot translate that into public support.

The mainstream political parties have become stale. They offer no solutions to bring about the end of a ‘rigged system’, while poverty and inequality gaps are constantly widening leaving more and more people left behind, mainstream parties are acting as ‘political waiting rooms’ they pull in activist hoping for change but in reality, they are being pacified constantly told ‘not yet’ while politicians look for campaigns to associate themselves with. Political surfers riding waves of populism they often crash because they have no substance, little experience or empathy with the people or causes they stand to represent.

The Labour party have all but for a few left-wing MPs allowed the blatant cronyism of covid handouts to go unchecked. Tory sponsoring companies members of the boys club have receiving billions of public money, covid bailouts, while Sir Keir Starmer’s Labour party stay shtum. At the same time Labour have done little to stand up for the plight of the poor, those hit hardest during this pandemic.

Examples of which are not hard to find.

Sir Keir Starmer along with many Labour front benches have extensive property portfolios in that their solution for hard-hit renters was telling. The weak show on standing up for renters who are face evictions due to Covid monetary shortfalls exemplifies their priorities.

Thousands of Labour members have accused Sir Keir Starmer of “failing renters”, calling on him to back an immediate cancellation of rents for those whose income is affected by the coronavirus crisis.

Instead, Starmer’s policy was to support an extension of the three-month ban on evictions and give tenants up to two years to pay arrears, which Labour says would help avoid people losing their homes was just not good enough.

Deferral of rents will only push people further into poverty as they face huge rises in what they have to pay each month.

Sir Keir Starmer, is reported to own a £1.75 million house in Camden along with a £600,000 home in Oxted, Surrey, which he claims was purchased for his sister and does not receive any rent for.

Answers to the shortfall created by the furlough scheme and those on minimum wage not receiving the 20% employer contribution are laughable and show the disconnect between the middle-class PLP and the people. *0% of wages does not pay 100% of household the bills.

Its a political desert void of ideas

We are living in a political desert, not one party standing out or above the other. People are waiting for a drop of rain in this desert.

Many have high hopes that Jeremy Corbyn will turn the Project for peace and justice into a political party, unfortunately, while ever Jeremy Corbyn is fighting to have the whip restored that hope will remain unanswered.

New younger parties have started to fill the vacuum, most prominent being the Workers Party of GB lead by George Galloway. This makes politics much more exciting and the very presents of new political parties help to leverage the old stale institutionalised parties that are now agents of the establishment.

The Socialist Party are also making inroads but as yet it is not clear if they will continue to back Labour candidates or start to field their own.

Back into the fray: It’s a welcoming sight to see parties that stand up for the working class

The Communist Party Executive Committee has discussed plans to mount one of its biggest electoral campaigns since the early 1980s.

It was reported to the EC that organising meetings have been held across Britain, campaign plans sketched out, artworkers are working on designs and finishing touches are being made to Manifestos for elections in Wales, Scotland and later, for England.

In May, the Communist Party will contest parliamentary seats in Scotland and all the regional party lists in Wales. Across England, comrades will be standing in local and county council elections.

The EC meeting agreed that COVID-19 restrictions wouldn’t prevent the Party fighting the election with everything at its disposal and told comrades to expect campaign flyers, bilingual TV broadcasts, and social media campaigning backed-up with a programme of all-Britain online public meetings where voters can meet and question our candidates. Wherever safe and possible, the Party has promised to engaged in door-to-door canvassing.

The Party has promised to campaign for working class, popular and socialist policies aimed at organising youth to fight for a future, including:

It is exciting news for everyone serious about rebuilding a mass, vibrant and militant communist movement in Britain that, at last, voters in millions of homes will have a chance to vote Communist Party this year.

In May, the CP will contest parliamentary seats in Scotland and all the regional party lists in Wales. Across England, comrades will be standing in local and county council elections. Expect campaign flyers, bilingual TV broadcasts, and social media campaigning backed-up with a programme of all-Britain online public meetings where voters can meet and question our candidates.