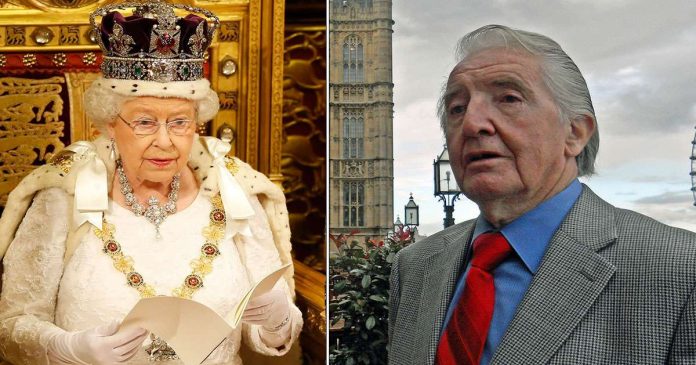 The Royal Family have been “pushing their own self-destruct button” for the past few years by trying to be both mysterious and relatable at the same time.

In a 1994 interview, Dennis Skinner made some very clear predictions on how the monarchy would be the root of its own destruction.

He claimed their attempts to be like “soap stars” has ultimately resulted in increased negativity towards them. At the time he had no idea how Harry would turn out or how Andrew would bring about so much disgrace and embarrassment to the royal family and the nation.

Mr Skinner did not mince his words when it came to expressing how he feels about The Firm. Predicting the crossover from Royalty to celebrities would be the making of their own decline.

Obviously, the present-day scandals have brought about much discussion on the very privileged family, of course when we are all cold and hungry, not just worrying about paying the bills but not being able to pay the bills, we start to question the privileged lives of others and the fact the Queen got her conservatory bombed in the war or she eats out of Tupperware no longer cuts it.

“My view is they’ve stripped away those veneers themselves in the last few years with the net result that the British people — a lot of them — are now saying that the Queen could be the last reigning monarch.”

“You can’t be Regal and common at the same time.”

Dennis Skinner went on to explain:

“It’s not because there’s been a massive sweep of Republicanism, it’s because they’ve dug their own pit.

“My view is they’ve stripped away those veneers of mystery themselves in the last few years with the net result is the British people – a lot of them – are now saying that the Queen could be the last reigning monarch.”

He claimed that the Royal Family have been “pushing their own self-destruct button” for the past few years by trying to be both mysterious and relatable at the same time.

He added that he believes the tide is turning and people are becoming increasingly anti-monarchy.

He said: “When we’ve got rid of them, I don’t believe we should be cruel like Mrs Thatcher and throw them on the dole – I think we should provide them with work.

“I think that Di and Fergie should become marriage guidance counselors.

“I believe the Queen could take a job at Royal Ascot looking after the horses, because that’s her real bent.

“And Prince Philip – he could be running a kebab shop in north london.”

Dennis Skinner at the time also expressed disapproval of a parliamentary convention whereby MPs should not say disrespectful things about the monarchy.

“So from time to time I’ve been pulled up because I’ve said things which I think are important.”

Skinner is also famous for his Republican quips every time the Queen opens Parliament.

In 1992, he ordered the Black Road to “tell her to pay her taxes”, amid mounting pressure on the Queen to pay tax on her personal income.

In 2000, he yelled “tell her to read The Guardian” after the newspaper launched a new campaign calling for the UK to become a Republic.

In 2003, following a series of break-ins at Buckingham Palace, he shouted: “Did she lock the door behind her?”

In 2006, after the film The Queen was released, Mr Skinner asked Black Rod: “Have you got Helen Mirren on standby?”

In 2012, he shouted: “Jubilee year, double dip recession, what a start,” to which Tory MPs shouted “Shame!”

Of Monarchy and Hereditary Succession: A Republic, if You Can Get It