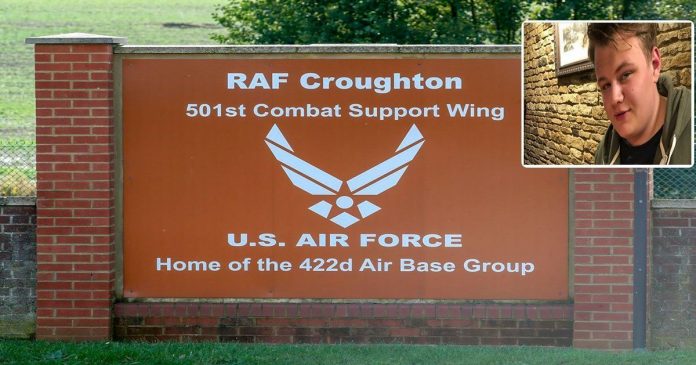 It is doubtful there will be any extradition.

Anne Sacoolas, the wife of a US diplomat, is due to appear in court charged with causing death by dangerous driving, the Crown Prosecution Service (CPS) said Monday.

The 44-year-old is charged with causing 19-year-old Harry Dunn’s death in August 2019 by dangerous driving. “The case will be heard at Westminster Magistrates’ Court on 18 January,” the CPS said. “Anne Sacoolas has a right to a fair trial. It is extremely important there should be no reporting, commentary or sharing of information online which could in any way prejudice any proceedings.”

“While the challenges and complexity of this case are well known, we remain committed to securing justice in this matter,” it added.

Previous attempts to resolve the incident in court have foundered, with the United States refusing to extradite Sacoolas to the UK.

Contradiction to the CPS announcement.

Despite the CPS announcement, a spokesperson for Arnold and Porter, the law firm representing Sacoolas, told CNN there is currently no agreement to have their client appear in a hearing, saying: “While we have always been willing to discuss a virtual hearing, there is no agreement at this time,”

Sacoolas has previously admitted driving on the wrong side of the road at the time of the crash. After the deadly collision outside RAF Croughton, a US military base in England where her husband worked as a diplomat, Sacoolas claimed diplomatic immunity and returned to the US.

Sacoolas and her family were taken out of the UK by US authorities as Northamptonshire police investigated Dunn’s death.

She was living at RAF Croughton at a base that was in effect run by the Americans. Her husband was an intelligence official, and the family had been in the UK for only a few weeks when the accident happened.

The Crown Prosecution Service then sought an extradition warrant to bring her back to the UK to stand trial, but the US state department adamantly refused to grant her extradition, insisting that her status as the wife of a serving US diplomat meant she was not required to stand trial. The US confirmed she had been an intelligence officer.

The CPS had decided to charge Sacoolas with causing Dunn’s death in December 2019.

Dunn’s parents also brought a civil lawsuit for damages against her in Virginia, where she lives with her husband, having reached a “resolution” in September.

The US government argues that the details of who Sacoolas was working for in England weren’t important to the civil case because “information concerning the United States Government has little to no relevance to an adjudication of any remaining issues in this case.”

But it could be significant as the US and UK agreed in the mid-1990s that American intelligence officers posted to RAF Croughton would not be able to claim diplomatic immunity for any criminal incidents that occur outside the US base.

If it had been revealed in the weeks after Dunn’s death that Anne Sacoolas was employed by the US government in intelligence work, she may not as easily have been able to assert the diplomatic immunity of a spouse and leave the country, the Dunn family believes.

A CPS spokesperson said: “While the challenges and complexity of this case are well known, we remain committed to securing justice in this matter. The case will be heard at Westminster magistrates court on 18 January.

“Anne Sacoolas has a right to a fair trial. It is extremely important there should be no reporting, commentary or sharing of information online which could in any way prejudice any proceedings.”

The Dunn family have always said they wanted her to face justice in the UK, and it is not clear what would happen if she was found guilty or whether she would serve a sentence or pay any fine in the US.

In June, then-British Foreign Secretary Dominic Raab said UK prosecutors could seek a “virtual trial” of Sacoolas. “The US has not agreed to the extradition, but the path is clear for the legal authorities in the UK to approach Anne Sacoolas’s lawyers without any problem from the US government to see whether some kind of virtual trial or process could allow some accountability and some solace and some justice for the Dunn family,” he said in an interview with the BBC.

The incident sparked ongoing diplomatic tensions between the two countries, with the US State Department in January 2020 rejecting an extradition request to return her to the UK for prosecution.

Liz Truss, the foreign secretary, welcomed the announcement on Twitter, adding: “We continue to support the family to get justice for Harry Dunn.”

Mrs Dunn said: “My family and I are feeling very emotional and overwhelmed, having just learned the news that Mrs Sacoolas is now to face our justice system. It is all that we asked for following Harry’s death.”

“It’s been an exhausting and frustrating time since Harry’s death but my family and I are feeling very emotional and overwhelmed having just learned the news that Mrs Sacoolas is now to face our justice system,” Charlotte Charles said in a statement on Monday. “It is all that we asked for following Harry’s death.”

Harry’s father, Tim Dunn, said however that he still couldn’t forgive the US government for allowing Sacoolas to retain diplomatic immunity. “I wish our Government could have done more to stop this injustice and it should not have been down to us to have to fight as hard as we have had to,” he said.

US State Department principal deputy spokesperson Jalina Porter said she didn’t “have anything new to announce” when asked about the development in the UK during a State Department briefing Monday.