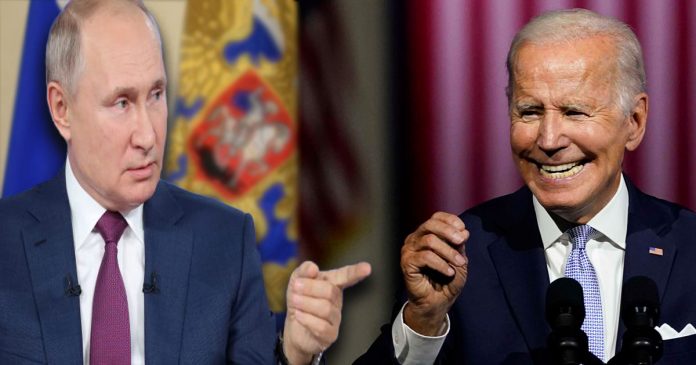 The controversial pipelines running underwater from Russia to Germany were damaged in a total of three places on Monday.

Both Nord Stream pipelines, which connect Russia to Germany under the Black Sea, lost pressure on Monday.

Gas is pouring into the Baltic Sea from three separate leaks on the Nord Stream 1 and 2 pipelines amid claims by seismologists in Sweden and Denmark of two sharp spikes in undersea activity, possibly indicating explosions, and speculation about sabotage.

A seismograph on the Danish island of Bornholm, near where the leaks occurred, twice recorded spikes on Monday, the day on which the Nord Stream 1 and 2 gas pipelines underwent dramatic falls in pressure, the German geological research centre GFZ said.

Nord Stream AG, the owner, described the breakages as “unprecedented”. The pipes were not pumping gas to Europe when the leaks were found amid the dispute over Russia’s war in Ukraine.

Danish authorities discovered a massive gas leak near the island of Bornholm, and closed the area off to navigation. Berlin has been investigating the incident as a deliberate attack, either by pro-Ukrainian forces or as a “false flag” by Russia, German media reported, citing anonymous government officials.

The Danish and Swedish prime ministers said an assessment by authorities indicated that the leaks were not accidental. The EU’s Ursula von der Leyen warned attacks on European energy infrastructure were “unacceptable.”

The two pipes were damaged near the Danish island of Bornholm in the southern Baltic Sea.

A European security source said: “There are some indications that it is deliberate damage. You have to ask: Who would profit?”

A reading from a nearby seismograph, which records vibrations on the planet’s surface, was found to show spikes at similar times to when the losses in pressure in the pipes were first recorded, according to a German geology research centre.

Danish Prime Minister Mette Frederiksen and her Swedish counterpart Magdalena Andersson both said on Tuesday that leaks in the Nord Stream pipelines were “deliberate” and not accidental in nature.

Frederiksen told journalists Tuesday that the “clear assessment” by authorities was that leaks “was not an accident.”

She added there was “no information yet to indicate who may be behind this action.”

European Commission President Ursula von der Leyen later said it was “paramount to now investigate the incidents” to get full clarity on what happened and why.

“Any deliberate disruption of active European energy infrastructure is unacceptable and will lead to the strongest possible response,” von der Leyen said on Twitter.

‘Not a matter of an attack’

When asked whether she thought the incident was an attack on Denmark, Frederiksen said that the leaks happened in international waters and “the answer is thus no.”

The Danish Energy Agency expects the leaks from the pipelines, both full of gas, to last “at least a week.”

Magdalena Andersson told reporters that intelligence both from Sweden and its neighbours Denmark pointed in the same direction.

“We have Swedish intelligence, but we have also received information in our contacts with Denmark, and based on this concluded that this is probably a deliberate act. It is probably a matter of sabotage,” Andersson said.

Like Frederiksen, she said it was not considered an attack.

“It is not a matter of an attack on Swedish or Danish territory. But that said, the government is taking what happened very seriously, not least in light of the current security situation on our close proximity,” Andersson said.

A decade of Russia v US gas wars in Europe laid out in US embassy cable (2008) #NordStream #Nordstream1 #NordStream2 Link: https://t.co/xCu7nBIMGY pic.twitter.com/1dOSt6z1Yh

A Danish military flight over the leaks brought back striking images from the ruptures, including one showing an area of bubbling gas a kilometre wide on the sea’s surface.

The seismograph recorded near-silence until just after midnight GMT (2am local time), when there was a spike representing a tremor in the earth followed by a continuous hissing wave form. The pattern was repeated at 5pm GMT.

Amid the speculation over sabotage, suspicion immediately turned to potential culprits – with fingers pointed at Russia, whose pipelines were hit, suggesting a further weaponisation of energy supplies to Europe in the midst of the conflict in Ukraine. Not least it was seen as a possible message about the vulnerability of other marine gas infrastructure.

Of course, this was just a coincidence! that on the same day #NordStream2 #Nordstream was sabotaged a new gas pipeline from Norway through Denmark to Poland was opened.

What a coincidence! #NordStream2 #Nordstream pic.twitter.com/alVmSQ6yw9

On Tuesday, a ceremony was held to inaugurate a new pipeline, Baltic Pipe, to carry Norwegian gas through Denmark to Poland, which it is hoped will ease some pressure on European gas supplies. However, the big winners have been the US who has now become the biggest supplier of Liquid Nitrogen Gas to Europe.

The US has opposed Nord stream since its conception.

Commenting on reports that the Nord Stream 1 and 2 pipelines have been disabled by sabotage or deliberate attacks, US Secretary of State Antony Blinken on Tuesday said such an attack is “in no one’s interest.” He added, however, that the current situation represents an opportunity for Europe.

“The leaks are under investigation. There are initial reports indicating that this may be the result of an attack or some kind of sabotage, but these are initial reports and we haven’t confirmed them yet. But if it is confirmed, that’s clearly in no one’s interest,” Blinken said during a joint press conference with Indian External Affairs Minister Dr Subrahmanyam Jaishankar, who is visiting Washington.

Following up on the question, Blinken said the US priority was to impose a price cap on Russian oil exports and “surge” supplies of liquefied natural gas (LNG) to Europe. The US became the world’s largest LNG exporter this year, partly due to the embargo against Russia imposed by Washington and its allies.

While there are “clear challenges in the months ahead” in terms of Europe’s energy supply, “there is also a very significant opportunity to do two things,” Blinken pointed out. The first is to “finally end the dependence of Europe on Russian energy” and the second is to “accelerate the transition to renewables” so the West can address the “climate challenge.”

Comedy Gold: Zelensky Rents Out His Italian Luxury Villa to Russians For 50,000 Euros While Urging EU to Curb Visas for Russians