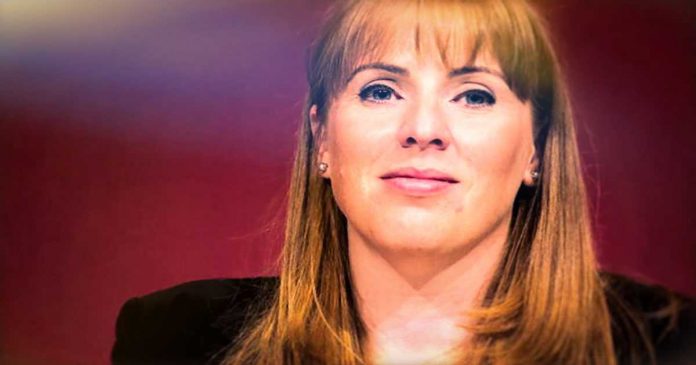 Shadow education secretary Angela Rayner has announced she is joining the contest for Labour’s deputy leader.

With a battle cry of ‘We must win or die’ Angela Rayner now enters the contest for deputy Labour leader.

She is the fourth Labour MP to declare her intention to run, alongside Richard Burgon, Dawn Butler and Khalid Mahmood.

The rules for the deputy and leadership contests will be decided at a meeting of the party’s ruling body later today.

Shadow business secretary Rebecca Long Bailey, who is a friend and flatmate of Ms Rayner, is also expected to join the main contest soon.

Many members are holding out and hoping for Ian Lavery to chuck his hat into the race for Labour Party leader. Despite massive Party support along with a huge grassroots social media and campaign Lavery as yet to declare.

She said Labour needed to find a “new kind of coalition” to regain power, and needed to “win back” former supporters who had deserted the party.

She said Mr Corbyn’s leadership had been a factor in the party’s poor performance, but also blamed the election strategy, saying its list of target seats had proved to be “wide of the mark”.

“Seats where we suffered catastrophic defeats were seen as secure, while we tried to fight ‘target’ seats we had effectively already lost. It cannot happen again.”

And she continued: “The quick fix of a new leader will not be enough. We must rethink and renew our purpose and how we convince the people to share it.

“Either we face up to these new times or we become irrelevant. The next five years will be the fight of our lives.”

Great to see my good friend @AngelaRayner launch her campaign for Deputy Leader. A committed trade unionist and fighter for equality, she’s got my full support.

Labour’s ruling National Executive Committee is to decide on the campaign timetable and other key elements for the election of Jeremy Corbyn’s successor.

Other factors that could potentially affect the outcome, such as who is eligible to vote, will also be ruled on during the meeting expected to be attended by the outgoing leader in London on Monday.

The NEC, which includes shadow cabinet members, will also set the “freeze date” for eligibility to vote for those signing up and the cost of becoming a registered supporter – non-party members who can vote in the race.