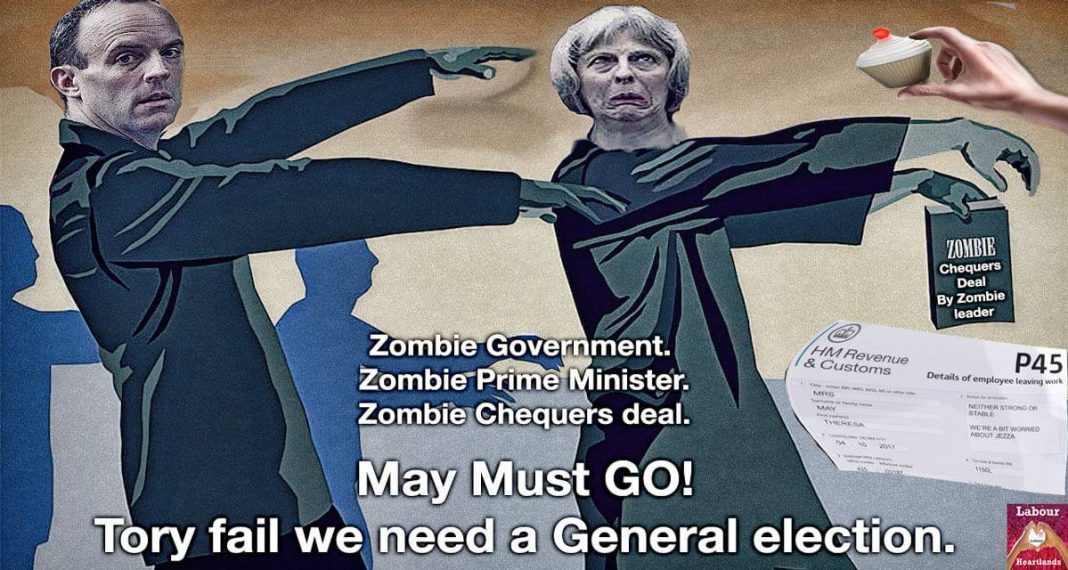 May’s Chequers deal was doomed from its very concept! Everyone and their dog realised this on it first announcement, that’s everyone but Theresa May!

There were a few hints, half the cabinet either resigning or looking like they had just eaten a sour grape was a good tell. She could have even taken the hint when both Remainers and Leave supporters turned their noses up at this unworkable deal but she refused to look beyond her own delusions.

May continued like the walking dead with her own particular brand of arrogance she ignored all the signs.

There is no need to rerun the holes in the deal or why nobody liked it, nor the fact that everybody could see the EU would reject it.

What is blatantly obvious to the country, no matter your views on Brexit is that one fact. Theresa May is incompetent as a Prime Minister! To most that will not come as a shock one would only need to look back at her tenure as the Home Secretary.

There is one thing May has been able to achieve that some thought impossible, she has actually united the country.

No matter your political allegiance or ideology, nor if you voted remain or leave. We all have one uniting factor now. The one thing that brings this country together.

Theresa May should stand down. Call an election.

She should stand down and do what’s best for the country, a mantra she often repeats. In this case, it would be to call a general election.

Let us see all Parties bring their Brexit deals to the table, let us see a real Peoples vote not the anti-democratic Peter Mandelson’s version that has no other objective but to remove Jeremy Corbyn or make the Labour Party unelectable while under his Leadership.

The Chequers deal is a walking Zombie just like this Prime Minister along with the weak and wobbly Tory government. She will drag this deal around clinging to it like her job depended on it and it should!