UK and EU negotiating teams have agreed on a Brexit withdrawal deal which Theresa May will present to her Cabinet on Wednesday.

The UK government has confirmed reports that May’s most senior ministers will read the details of the agreement this evening before a special Cabinet meeting at 14:00 (GMT) on Wednesday.

An agreement between the UK and EU over how to prevent a hard border with Northern Ireland over Brexit was reached during intensive negotiations held on Monday and Tuesday, sources told BI.

Brexit talks had been at an impasse for weeks over the question of how a hard border between Northern Ireland and the Republic can be avoided no matter what the outcome of negotiations.

U.K. Cabinet ministers will be given copies of the draft text of a Withdrawal Agreement between the U.K. and the EU later on Tuesday ahead of a full Cabinet meeting to discuss the provisional agreement on Wednesday, a U.K. government official told POLITICO.

The first government official said that ministers would be called in to to see the draft text “imminently” ahead of a meeting the following day. If Cabinet approves the text, it could open the door to the EU calling a special Brexit summit to finalize a withdrawal agreement.

U.K. government officials had considered the end of Wednesday to be the deadline for securing such a summit in November.

A spokesperson for the European Commission declined to comment. 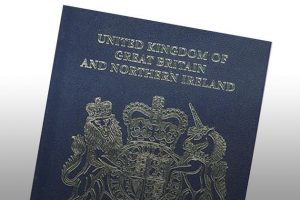 British travellers will not need visas to visit the European Union for short stays even if there is a no-deal Brexit, the European Commission has said.

Commissioners made the recommendation to put the UK on the visa-exempt list at a meeting in Strasbourg on Tuesday. The policy is dependent on the UK continuing to offer reciprocal visa-free access for EU citizens.

Travel advice issued by the Commission says: “The European Commission has proposed to the EU legislator to exempt UK nationals from visa requirements for short-term stays”.