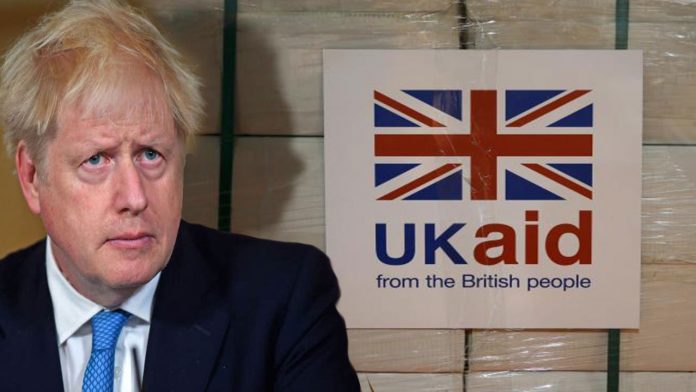 After months of resisting a vote, ministers sprang a surprise on the rebels by announcing a last-minute change to Commons business with a debate and vote less than 24 hours later.

The government backed down on allowing a vote after the Speaker last week said the House of Commons must have a say on the move to cut the aid budget from 0.7% to 0.5% of gross national income.

A group of up to 50 Conservative MPs and all opposition parties have expressed deep concern about the cut, which charities warn will lead to deaths and suffering in other countries reliant on the UK’s foreign aid contribution.

Sunak released a written statement on Monday night, setting out his argument for the change being a temporary measure that would increase again to 0.7% when there was no more borrowing for day-to-day spending and underlying debt was falling.

He said the government would abide by the consequences of the vote, with spending returning to 0.7% of gross national income in the next tax year if MPs rejected his proposals.

“If the house approves the motion, recognising the need to manage the public finances responsibly and maintaining strong investment in domestic public services like the NHS, schools and police, then the government will continue with the approach set out in this statement,” the chancellor said.

“However, if the house were to negative the motion, rejecting the government’s assessment of the fiscal circumstances, then the government would consequently return to spending 0.7% of GNI on international aid in the next calendar year, and with likely consequences for the fiscal situation, including for taxation and current public spending plans.”

It is uncertain how the group of up to 50 Tory MP rebels will vote on the motion, but it is likely to be tight.

Andrew Mitchell, the Conservative former development secretary who is one of those leading opposition to the cut, said: “Every MP in the House of Commons stood on a very clear promise to stand by 0.7%. What is being proposed may not return Britain to the commitment for decades to come. I am urging my colleagues to keep their promise and prevent hundreds of thousands of preventable deaths by voting against tomorrow’s motion.”

David Davis, the former Brexit secretary, and another leader of those rejecting the change, said that even some ministers had been privately encouraging the rebels to overturn the government’s decision.

He said Sunak’s proposal was “not good enough” and the impact was likely to be the deaths of 100,000 children.

Davis said he thought the government had offered the vote because it realised that the rebels would keep on the pressure. “We will not give up,” he said.

Tories opposed to the move said they believed the government would be “turning the screws” on many colleagues overnight to persuade them to vote for their motion, predicting that the vote could be tight.

Announcing the vote to parliament, Jacob Rees-Mogg, the leader of the Commons, said: “It will be a yes or no answer. Does this house wish to see the public finances kept under reasonable control? Does it recognise there are limits to what we can do?

“Or on the other hand, do we want to hard press our hard-pressed taxpayers even further? That will be the question for the debate tomorrow.”

Labour’s Shadow Commons leader Thangam Debbonaire asked Mr Rees-Mogg: “What will be the consequences if the motion is defeated?

“If the House tomorrow votes down the motion on the general debate, if there is a motion, will international aid go back to 0.7% of gross national income in January 2022, yes or no?”

Mr Rees-Mogg replied: “The answer to the last question is yes.”

But also warning of tax rises if MPs defeat the government, he said: “Votes have consequences and if the motion were to be negative that would be a significant consequence for our fiscal situation.

“I would remind the House the over £400billion has had to be spent because of the coronavirus pandemic and yet we remain one the most generous nations in terms of overseas aid.”

The 0.7% commitment was introduced by David Cameron as prime minister and has remained a Tory manifesto commitment ever since, including at the December 2019 election.

Labour MP Sarah Champion, who chairs the International Development Select Committee, protested that ministers had failed to set out exactly what vote had been granted.

“This is not democracy, it’s playing political games – with deadly consequences for the world’s poorest,” she claimed.

Of course, we could always Restore aid cuts by cracking down on tax dodgers!

Throughout the tax year running from 2018 to 2019, the total cost of tax avoidance came to approximately £1.7 billion, while tax evasion was around £4.6 billion within the same time frame.

£3 billion has so far been recovered from perpetrators of offshore tax evasion in just under a decade.

Since 2014, a huge number of documents – including the Panama Papers and the Paradise Papers scandals – have been leaked by the International Consortium of Investigative Journalists (ICIJ) unveiling how tax evasion and avoidance have become standard business practice across the globe.

Through a complex and loosely regulated tax system, multinational companies and rich individuals actively seek to increase their profits by storing them offshore and avoiding paying taxes in their countries.

Tax havensare at the heart of this system. They allow massive amounts of wealth to flow untaxed and in secret, out of reach from tax authorities and regulators.

The big winners are those at the top, the wealthy individuals and multinational companies who use their position and influence to capture economic gain for themselves and use economic structures to their benefit.

Those who should be paying the most tax instead maximize their profits in part by paying as little tax as possible. They do this by using tax havens or by making countries compete to provide tax breaks, exemptions and lower rates. And while some of the tax dodging practices are illegal, many exploit weaknesses in today’s tax system – without breaking any laws.

Nobody should ever go hungry.