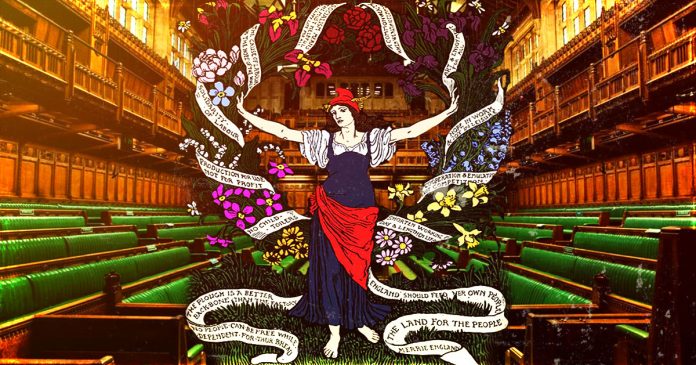 The establishment is readjusting itself ensuring the continuity of Monarchy, while this is at the forefront of media it is very easy to see the divide between them and us.

For them, it is the pomp and ceremony as tradition demands with the Queen’s passing and the king’s ascension.

For us, it is worrying about our financial futures in this volatile economy that has seen Energy oligarchs hold the government to ransom with their extortionate price hikes.

Although thousands have gone to witness this historical moment, many more are asking awkward questions about modern Britain and our place in modern society. A sociality where we are subjects and not citizens.

What we have learned from all the snivelling, lickspittle, and toadyism is that the establishment and our MPs have one thing in common, self, their willingness to participate not just as duty requires but as sycophants to an antiquated system of constitutional monarchy.

Tony Benn once declared:” Above all, the existence of a hereditary monarchy helps to prop up all the privilege and patronage that corrupts our society; that is why the crown is seen as being of such importance to those who run the country – or enjoy the privileges it affords.”

It is those rewards they now seek…

We are in a world where everything becomes a commodity, including the government. politicians are commodities bought and sold by lobbyists employed by capitalists or they are ready to sell out for a promise of Title and a place in that other house. A world where all politicians from all parties are now representing capital, not the people. A world where we the people feel we have no representation.

At this moment it is easy to feel we the people have no power no voice.

The House of Commons is supposed to represent the commoners as opposed to the aristocracy or to royalty or even the market, in modern terms, that’s the people, you and me.

The House of commons…

Sometimes we don’t notice things, we miss the meanings behind what we see every day even when they are right in front of our eyes, the symbolism and relevance can be lost or obscure, by design or fault.

And sometimes no matter how important, the familiarity of seeing such symbolism breeds contempt, we no longer associate the meaning behind grand visual effects, such as those displayed in the palace of Westminster with the message they are meant to give.

One of the features of the Palace of Westminster that is unfailingly pointed out to visitors on a tour is the difference between the colours used in the Lords and Commons parts of the building.

In The House of Commons, green is the principal colour for furnishings and fabrics throughout the accommodation and within the main chamber of the commons, the benchers MPs sit on are most prominent with their deep forest green leather.

Green is a symbolic colour that states neither nature nor the people are commodities. That the job of our MPs is to serve the people and not the markets, to be the voice of the people and to uphold the common interest first.

Such symbolic imagery can raise our curiosity but without explanation, we no longer comprehend what we are witnessing, and what visual message is being transmitted to the members and the public alike.

Green is not just a random colour. Green is the colour of the commoners. It has its roots in history, nature, faith and myth. An article in the parliamentary archives explains its significance: Archers wore green, all men in the Middle Ages were obliged by law to practice archery, and they became the mainstay of English medieval armies.  Green was the colour of the pasture and the greenwood, of the village green used by all, in other words, the colour of the countryman, the ‘common’ man.

The article also states that the colour green, both before and during the medieval period, represented the bounty of nature and fertility; the colour that is all life. In ancient myth and legend, the colour appears in mysterious figures such as the ‘Green Man’ or the face in the leaves, the man that dies in winter and is reborn in spring, the bountiful Jack-in-the-Green, and the story of Gawain and the Green Knight.

These legends were translated into the Christian ideals of faith, hope and charity – everlasting faith, life over death, and rejuvenation of the soul through good works. Green was used in the backgrounds of religious paintings depicting these virtues.

In the 21st century, these things seem like the myths of pagan times, however, even in modern socialism we still draw from our past in symbolism and pagan imagery.

The Workers’ Maypole calls for ‘solidarity’ and ‘humanity’, ‘employers’ liability’, ‘eight hours’ and ‘no starving children’. In the centre of the scene, Crane’s beflowered May queen welcomes the toilers of the world and carries their banners high. Powerful yet whimsical, The Workers Maypole brings together English folk tradition and the demands of the international labour movement.

Again, throughout we see this symbolic imagery that draws from the community and expresses our place in society, a society of common people represented in the commons by commoners, for the common good.

Members of the House of commons should always be reminded that they serve the common people and if the symbolic imagery is not loud enough for them, then perhaps we should vote for representatives that have a better understanding of whom they serve.