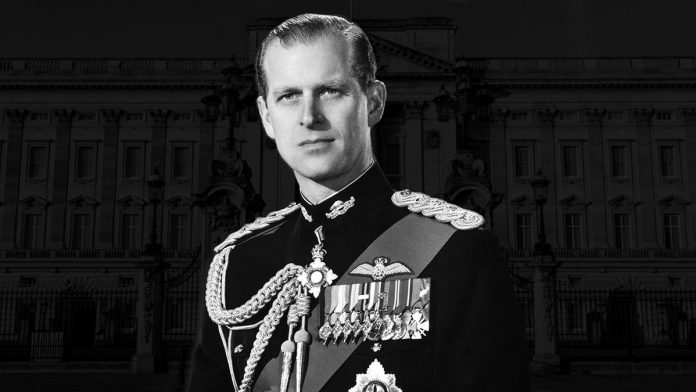 The Duke of Edinburgh – Prince Philip – has died, Buckingham Palace has said.

Buckingham Palace said: “It is with deep sorrow that Her Majesty The Queen has announced the death of her beloved husband, His Royal Highness The Prince Philip, Duke of Edinburgh.

“His Royal Highness passed away peacefully this morning at Windsor Castle.”

Speaking at Downing Street, the prime minister added: “He helped to steer the Royal Family and the monarchy so that it remains an institution indisputably vital to the balance and happiness of our national life.”

Mr Johnson said he received the news of the duke’s death “with great sadness”.

“Prince Philip earned the affection of generations here in the United Kingdom, across the Commonwealth, and around the world,” he said.

Paying tribute to the duke’s role as the longest serving consort in history, Mr Johnson also remembered Prince Philip as one of the last surviving people to have fought in World War II.

“From that conflict he took an ethic of service that he applied throughout the unprecedented changes of the post-War era,” Mr Johnson said.

“Like the expert carriage driver that he was, he helped to steer the Royal Family and the monarchy so that it remains an institution indisputably vital to the balance and happiness of our national life.”

The statement from Buckingham Palace reads:

“It is with deep sorrow that Her Majesty The Queen announces the death of her beloved husband, His Royal Highness The Prince Philip, Duke of Edinburgh.

His Royal Highness passed away peacefully this morning at Windsor Castle.

Further announcements will be made in due course.

The Royal Family join with people around the world in mourning his loss.”

It is with deep sorrow that Her Majesty The Queen has announced the death of her beloved husband, His Royal Highness The Prince Philip, Duke of Edinburgh.

His Royal Highness passed away peacefully this morning at Windsor Castle. pic.twitter.com/XOIDQqlFPn

“He was a great patriot, a humanitarian, a loyal friend – provided of course he really is dead.” – Voltaire Fabulous satire of how we speak of the dead

The news of Prince Philip’s death was announced by Buckingham Palace on Friday. It came after he was admitted to King Edward VII’s hospital in London on 16 February. He was moved to St Bartholomew’s hospital in the City of London where he underwent the heart procedure on 3 March and was discharged nearly two weeks later.

Prince Charles made the 100-mile trip from his home in Highgrove, Gloucestershire, to visit his father at the hospital on Saturday afternoon for about 30 minutes.

Prior to that, the duke had last been admitted to hospital in December 2020, for four nights, on the advice of his doctor as a precautionary measure due to a “pre-existing condition”. He was discharged on Christmas Eve.

Philip retired from public duties in 2017 at the age of 96, although he continued to attend occasional public events. He stepped back after undertaking 22,191 solo engagements and giving 5,493 speeches. He once described himself as “the world’s most experienced plaque unveiler”.

His last official engagement was in July last year, when he handed over his role of colonel-in-chief of The Rifles to Camilla, Duchess of Cornwall, in a ceremony at Windsor.

Scotland’s First Minister Nicola Sturgeon said she was “saddened” by the death of the duke.

She tweeted: “I send my personal and deepest condolences – and those of scotgov and the people of Scotland – to Her Majesty The Queen and her family.”

Labour leader Sir Keir Starmer said the UK had lost an “extraordinary public servant”, adding he would be remembered most of all for his most “extraordinary commitment and devotion to the Queen”.

Justin Welby, the Archbishop of Canterbury, said: “He consistently put the interests of others ahead of his own and, in so doing, provided an outstanding example of Christian service.”

The archbishop added: “As we recover and rebuild after the terrible trial of the coronavirus pandemic, we will need fortitude and a deep sense of commitment to serving others.”

The prince married Princess Elizabeth in 1947, five years before she became Queen, and was the longest-serving royal consort in British history.

In March, the Duke of Edinburgh left hospital after a month-long stay for treatment.

He underwent a procedure for a pre-existing heart condition at another London hospital – St Bartholomew’s.

The Queen has described Prince Philip as her “constant strength and stay”.

They had four children – Charles, Anne, Andrew and Edward – and he was a much loved grandfather and great-grandfather.

He saw himself as a moderniser within the British monarchy, orchestrating the first royal walkabout – but he was also known for his forthright views and off-the-cuff remarks.

Prince Philip’s concern for young people inspired him to create the Duke of Edinburgh’s Award Scheme, and he supported more than 800 charities and good causes – focusing on his interests in wildlife conservation, technology and sport.

Since the 1940s Prince Philip was an ever present figure in the life of the UK and leaves behind his own considerable legacy.

There are of course some very controversial moments in Prince Philips life along with a number of racist and insulting remarks made over his years as the Duke of Edinburg, those we are sure will come out in the wash very soon.

They Should All Go: Renewed calls for PM to resign after reports Downing Street staff partied on eve of Prince Philip’s funeral