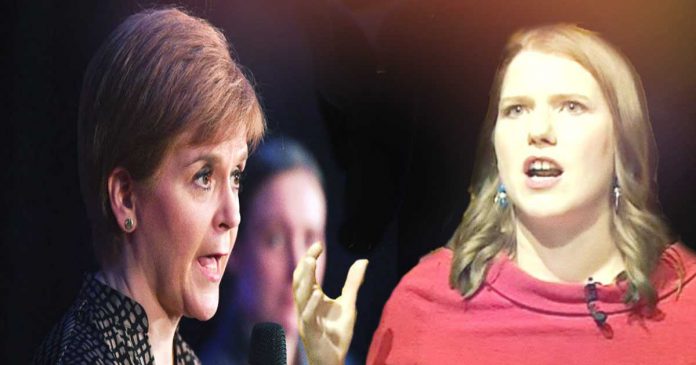 Jo Swinson and Nicola Sturgeon will not take place in debate on ITV.

Jo Swinson and Nicola Sturgeon will not be taking part in a televised election debate on Tuesday after the Liberal Democrats and Scottish National Party lost a court appeal.

The decision by the High Court of England and Wales means Boris Johnson and Jeremy Corbyn will be the only leaders taking part in the ITV debate on Tuesday.

The Lib Dems and SNP had argued that the debate would be unfair to them and to the electorate, as well as unlawful. But the judges ruled ITV’s decision was not open to challenge in court, and said the only recourse left for the two parties was to complain to Ofcom, the broadcasting regulator.

According to the judges, the format of the debate was a matter of “editorial judgement” on behalf of ITV and there was “no arguable breach of the Broadcasting Code.”

“The editorial judgement was, in public law terms, a judgement properly and reasonably open to ITV … That the Liberal Democrat Party and the Scottish National Party strongly and sincerely disagree with that editorial judgement gives rise to no valid objection in law,” the judges said in their ruling.

ITV said in a statement: “We welcome the court’s decision and will continue with our comprehensive election coverage as planned.”

The SNP’s Westminster leader Ian Blackford said not having Sturgeon in the debate would “discriminate against Scottish voters and … effectively treat them as second-class citizens.”

“That is, quite simply, a democratic disgrace, and the fact that election law and broadcasting codes allow such gross unfairness is unacceptable,” he said. “The SNP has long supported calls for decisions on TV debates to be made independently of politicians and broadcasters — and today’s decision makes that even more important.”

He added: “What is now clear is that the UK broadcasting system is similarly incapable. Indeed the result of the decision to exclude the SNP is to discriminate against Scottish voters and to effectively treat them as second-class citizens.

“That is, quite simply, a democratic disgrace, and the fact that election law and broadcasting codes allow such gross unfairness is unacceptable.”

“Jo Swinson is the only leader of a national party fighting to stop Brexit. Boris Johnson and Jeremy Corbyn should not be allowed to side-step debating the issue of Brexit with someone who wants to Remain, and ITV should not give them the opportunity to do so.