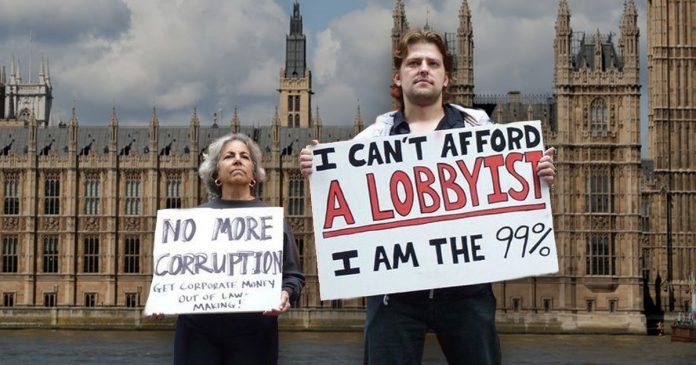 Ex-minister Owen Paterson could be suspended from the Commons for 30 days after an MPs’ watchdog found he had “repeatedly” used his position as an MP to benefit two companies who paid him as a consultant.

Owen Paterson former Conservative minister should be suspended from the Commons for lobbying on behalf of two companies, a standards body has ruled.

Owen Paterson was found to have “repeatedly used his privileged position” to benefit Randox, a clinical diagnostics company, and Lynn’s Country Foods, a meat processor and distributor.

The MP, who was environment secretary from 2012 to 2014, was a paid consultant for Randox from 2015 and for Lynn’s Country Foods from 2016. The allegations relate to his conduct between October 2016 and February 2020.

Following a two-year investigation, the Parliamentary Commissioner for Standards said he had breached the rule prohibiting paid advocacy by making multiple approaches to government departments and ministers for the two companies.

She recommended he be suspended from the Commons for a month. This will have to be voted on by MPs and usually occurs within five days.

Mr Paterson was found to have breached the rules on lobbying on behalf of Randox by making three approaches to the Food Standards Agency (FSA) about the testing of antibiotics in milk in 2016 and 2017 and approaching ministers at the Department for International Development four times about its blood testing technology in those years.

On behalf of Lynn’s Country Foods, Mr Paterson breached the rules by making seven approaches to the FSA in 2017 and 2018 and failed to declare his interest as a paid consultant to the FSA in four emails between 2016 and 2018.

He was also found to have breached the rules on using parliamentary facilities by using his parliamentary office 16 times for business meetings with clients between 2016 and 2020, and sending two letters relating to his business interests on House of Commons headed notepaper.

The MP acknowledged he should not have used the headed notepaper and apologised but maintained he had not breached the code of conduct in any other respect.

Ms Stone’s recommendation Mr Paterson is suspended has to be voted on by MPs and usually occurs within five days.

At present UK citizens have little opportunity to understand who is lobbying whom, for what purpose and with what funds.

Although lobbying can be a positive force in democracy, it can also be a mechanism for powerful groups to influence laws and regulations at the expense of the public interest. This may result in undue influence, unfair competition and policy capture, to the detriment of effective policymaking. Transparency and integrity in the decision-making process are crucial to safeguard the public interest.

The register of lobbyists set up by David Cameron to increase transparency in the sector has no full-time boss and does so little work that it produces a cash surplus from its activities.

The Office of the Registrar of Consultant Lobbyists was founded in 2014 following a series of lobbying scandals in the early part of Cameron’s time as prime minister, with a pledge to increase transparency around lobbying activities. However, its activities have been severely limited by the narrow powers and resources granted to it by the government compared with equivalent registers in countries such as the US.

The culture of lobbying the UK government has come under severe scrutiny following the revelations that Cameron privately lobbied leading government ministers on behalf of the collapsed financial firm Greensill Capital. However, he has been cleared of any unlicensed lobbying activity because the register he helped to create while prime minister does not require lobbyists directly employed by companies to register their activities.

Lobbyists try to shape laws, legislation, and public policy to the benefit of the group or entity that employs them. Their campaigns (which are legal) can sometimes be public ones (or fed to the media to influence the public), but they more typically target politicians.

Lobbyists—the term refers to both individuals or organizations—have existed as long as governments; they traditionally have been considered “information givers,” a valuable source of facts and data, though admittedly in support of their cause or industry. Lobbyists systematically build up support for their causes, over years and decades. Often, they fund a study, survey, or research that might sway a politician’s opinion or their constituency’s opinion.

More often, though, they act more directly; by giving money. Increasingly, lobbyists are ensuring contributions are made from the grassroots up to influence decision-makers at all stages. These contributions aren’t directly paid to any official or lawmaker. But they might go to that person’s election or re-election campaign—purchase advertising, finance a fundraiser—or to a politician’s favourite cause or charity or hometown/state project. There’s a tacit understanding, if not an outright quid pro quo: We supported you and your interests; in return, you support us and ours—by voting for (or against) this bill, by funding that subsidy, by extending this exemption, or by loosening that regulation.

In contrast, a bribe usually occurs on an individual level. And it is anything but public. A bribe giver usually gives an offer of money “under the table” in order to subvert standard processes. This could be paying a tax officer to clear reports with under-reported revenue or sending goods without an invoice.

The bribe may be in the form of a donation or favour in kind. A company’s purchase manager may award an order to a supplier in return for undue favour in the form of money, against his company’s policy of awarding orders based on criteria of quality and price. Public officers are offered bribes to enable evasion of taxes and the corresponding liabilities at an individual or company level.

However it’s done, a bribe—along with its cousin, the kickback—results in an unfair advantage for the bribe giver. Bribes may seem like small amounts compared to lobbying contributions, but therein lies the problem: They often cannot be accounted for.

Bribery is the first step of subversion of the economic system. Slowly but steadily, a corrupt, parallel system is formed. It creates inefficiencies and obstacles in the short term; over time, it erodes the economic foundation of the country, hurting the most vulnerable members of the society and filling the middle class with a sense of hopelessness and cynicism.

Just like in the recent case of David Cameron Lobbying for Greensill the public rightly feel cheated and ask the real questions of who a politician serves, who do they really represent.