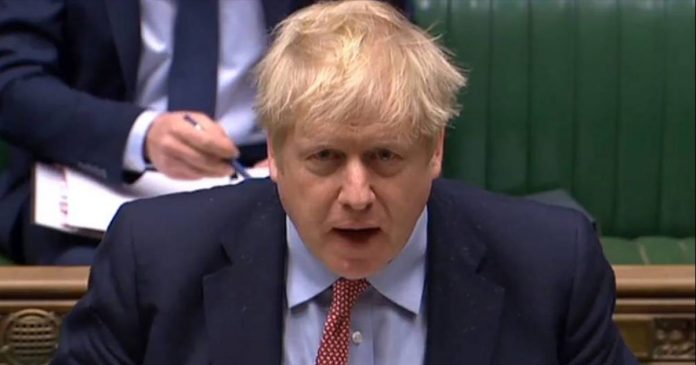 Boris Johnson is under pressure to explain why No 10 staff seemingly held two parties during lockdown last winter as insiders said the prime minister attended one gathering and remarked on how packed it was.

A Downing Street insider claimed there were often get-togethers in the evenings while millions of people across the land were observing the strict curbs brought in by the prime minister.

Witnesses have come forward to detail party games and festivities beyond midnight in Downing Street during the winter 2020 lockdown, expanding on reports first made in the Daily Mirror.

The source said: “It was the only place you could get together and socialise. They happened most Fridays.”

The PM was said to have given a speech at a packed leaving do for a top aide on November 27, at the height of the second national lockdown.

And on December 18, it was claimed members of Mr Johnson’s top team held a festive party in Downing Street, with London in Tier 3. The next day he announced Christmas was cancelled.

The Covid-19 Bereaved Families for Justice group slammed the PM, who faced demands to apologise for what appears to be a clear breach of his own rules.

Johnson and his press secretary did not deny the events took place though they simultaneously insisted no Covid rules were broken. Without elaboration, they said on Wednesday that they “don’t recognise” some of the reports.

At prime minister’s questions, Sir Keir Starmer accused Johnson of “taking the British public for fools for following the rules”, adding: “The prime minister doesn’t deny there was a Downing Street Christmas party last year. He says no rules were broken. Both of those things can’t be true.”

Separately, the BBC said it had talked to someone who attended the 18 December event and recounted that several dozen people, including the press and events teams, played party games and were served food and drink, with the gathering going on beyond midnight, despite a mood described by the source as “downbeat”.

Around “40 or 50” people were said to have been crammed “cheek by jowl” into a medium-sized room in No 10 for both of the events.

At the time of the November event, meeting indoors or in private gardens was not allowed under pandemic rules, while individuals were permitted to meet only one other person from another household outside in a public place. Pubs, restaurants and shops were closed and people were asked to stay at home unless there was a specific reason to leave, such as work or education at the time.

At the time of the 18 December party, London was under the top level of Covid restrictions – tier 3 – meaning the only permitted indoor social mixing outside your own household was with a support bubble.

Responding to Starmer’s question about whether parties had been held inside Downing Street, Johnson did not deny it, saying only: “What I can tell the right honourable gentleman is that all guidance was followed completely in No 10.”

Starmer replied that the rules then in place were “very clear” that work Christmas lunches or parties should not take place, adding: “Does the prime minister really expect the country to believe that while people were banned from seeing loved ones at Christmas last year, it was fine for him and his friends to throw a boozy party in Downing Street?”

After PMQs, Johnson’s press secretary gave a sometimes confusing series of responses at a media briefing, repeatedly refusing to explain why No 10 said it did not recognise the reports about the parties, and how they could have met Covid rules at the time.

Asked to explain, she added: “I don’t have anything else to add to what I’ve said already … I’m not going to get into individual pieces of speculation from a year ago.”

Starmer said the claims about the parties illustrated the wider issue of Johnson and his government setting out Covid rules for the public while not abiding by these themselves.

Addressing Johnson, the Labour leader pointed out the lack of mask-wearing by some Conservative backbenchers behind him, saying: “As ever: one rule for them, another rule for everybody else.”