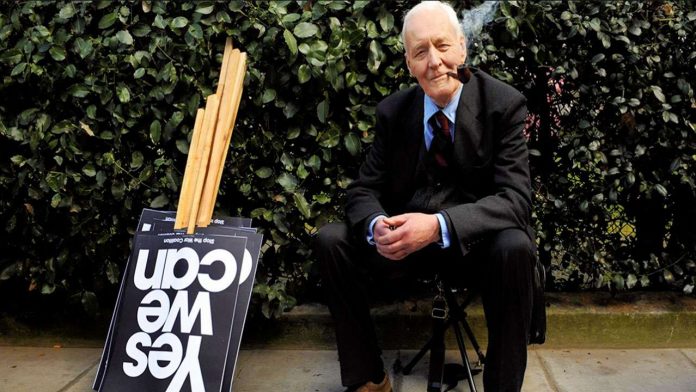 The British people are many things and have many layers but within our complexity, there is one thing that binds us all, our willingness to fight for our freedoms, none were given, they were all won.

Throughout history, the common folk have stood united in hard-fought battles from the Magna Carta Libertatum, Chartism and Suffrage through to the Human Rights Act 1998. Never mind the countless other battles we have fought in this never-ending tug of war over our liberties. Including the poll tax riots, the miner’s strike or even the Stop the War protest in 2003, the largest demonstration in the history of Britain, a million marching against Blair’s illegal wars on Iraq, along with all the other protests that have made up our collective voices against the injustices placed on the working class, we have all stood united at one time or another.

The willingness to stand up and protest for our rights is a fundamental freedom and however inconvenient that may be to the establishment who would be more than happy for us to pack away our placards and sit silent allowing them to continue without our interference, it just won’t happen.

Freedom of speech and the right to protest peacefully is protected by law both common and Statutory law with the Human Rights Act of 1998.

We also have the right to form and be part of a trade union, a political party or any another association or voluntary group.

Article 11: Freedom of assembly and association

2. No restrictions shall be placed on the exercise of these rights other than such as are prescribed by law and are necessary in a democratic society in the interests of national security or public safety, for the prevention of disorder or crime, for the protection of health or morals or for the protection of the rights and freedoms of others. This article shall not prevent the imposition of lawful restrictions on the exercise of these rights by members of the armed forces, of the police or of the administration of the state.

Common law stipulates our rights: personal security, personal liberty and private property, and auxiliary rights necessary to secure them, such as access to justice. Rights to a fair trial, the right to open justice and to freedom of speech are recognised both within common law and in the Convention of Human rights.

Nobody explains better why protesting is so important and vital to a thriving democracy than the late great Tony Benn.

In January 2011, Tony Benn wrote an article about protesting that is every bit as relevant today as it was then…

The recent UK demonstrations by students against the huge increase in university fees has provided the latest example of media coverage of such events: they are often presented as being motivated by violence which endangers the fabric of our society.

The police’s stance is very simple – they claim that they are there to protect demonstrations, but that inevitably violence occurs. But my own experience suggests that this is a gross oversimplification.

Two or three years ago, there was a meeting in Parliament Square organised by those who opposed the Iraq war, at which a Member of Parliament spoke, together with two very senior UN officials who were involved in Iraq. The event was attended by hundreds of peace campaigners, many of them elderly, and all of them committed to peace.

The demonstration had been organised in connection with a plan to deliver a letter to the Prime Minister in Downing Street, and after the speeches were over the crowd began to move towards Whitehall.

But that same day, President Bush was visiting 10 Downing Street and the police were ordered to close Whitehall, preventing the letter from being delivered. As the crowd moved to enter Whitehall, they came up against a body of police. The pressure from the back pushed people forward and the police began using their batons on the crowd at the front.

As I was at the head of the protest myself, I saw what was happening – the violence of the police against the demonstrators was clearly visible and was very frightening.

It is in these circumstances that occasionally someone may pick up a brick and throw it – not that I saw it happen that day. But such an action would be taken as proof of violence against the police.

Similarly, the process of “kettling”, in which police surround a crowd and prevent anyone from leaving, has caused trouble, since kettling is a form of imprisonment of demonstrators without any court justification.

There is no doubt that you will find a few angry people in any crowd, and kettling may bring this aggression out further. But then the media uses the inevitable clash as evidence that the demonstration is violent, which is not actually the case.

No government likes to find itself faced with demonstrations against its policies and as these recent pictures show, there are plenty of disillusioned citizens across Europe right now. Over Britain’s long history, many significant gains have been brought about by such demonstrations – as with the recognition of trade unions, the campaign for the vote by the Chartists, and for votes for women by the Suffragettes.

Each of these campaigns was denounced at the time as violent. But it’s interesting to see exactly how they unfolded. To begin with, the demonstrations are ignored; if they continue, they’re described as absurd, and then if they persist, they are described as violent and the people responsible may be imprisoned.

Then comes a pause as public opinion realigns itself to support the changes being demanded. Once the government has finally got the message, you can’t find anyone who doesn’t claim to have supported the demands in the first place.

It’s not possible to find anyone now who was opposed to the recognition of trade unions or to the principle of one woman, one vote. Yet it was only a committed group of campaigners who actually brought these changes about. There’s no justification for violence – if protesters resort to it, it can turn public opinion against the cause.

Remember the way that public opinion shifted in support of men such as Gandhi and Nelson Mandela. Both are now regarded as heroes for the sacrifices they made to defend human rights. There is hardly any support now for the Vietnam war and public opinion is strongly opposed to the Afghan war.

This all goes to prove the importance of demonstrations and popular campaigns for peace, human rights and democracy.

We must expect far more demonstrations in the future and they must be seen as an integral part of political action in a democratic society. Without them, injustices would continue unchallenged and people would lose confidence in the democratic process by which such injustices are changed.

Tony Benn ‘Will and Testament’