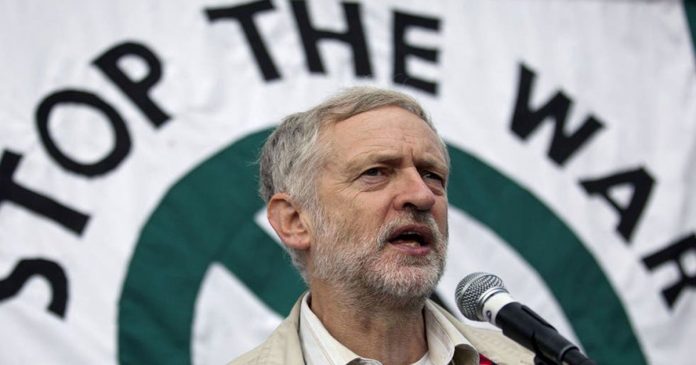 War is sweet to those who have not experienced it. -Desiderius Erasmus

The stop the war Coalition made a very reasonable statement which while condemning Russian actions also noted the expansionism of NATO.

Again the MSM have aimed their overactive tabloids at Jeremy Corbyn to condemn the statement.

Before there is a further escalation in the Ukraine diplomacy must resume.

Let’s be honest who wouldn’t give peace a chance. Then again I forget the mentality of the right-wing press and the influence from the American hawks, people like President Joe Biden, their willingness to see a pyre of bodies to keep their stocks high and bank balance even higher.

Suggesting there is no eastward expansion of NATO is ridiculous, denying it does not change reality for everyone else.

I actually served with BAOR during the height of the cold war when there was a credible threat from the Soviet Union to our way of life or so we were told… That was when NATO was a defence organisation, not America’s corporate enforcers.

The demarcation line was East Germany, however, since the fall of the soviet union, Russian leaders have long been wary of the eastward expansion of NATO, particularly as the alliance opened its doors to former Warsaw Pact states and ex-Soviet republics in the late 1990s (the Czech Republic, Hungary, and Poland) and early 2000s (Bulgaria, Estonia, Latvia, Lithuania, Romania, Slovakia, and Slovenia). Their fears grew in the late 2000s as the alliance stated its intent to admit Georgia and Ukraine at an unspecified point in the future.

In 2010 the Ukrainian government brought into legislation law, submitted by President Viktor Yanukovych, that was supposed to cement Ukraine’s status as a military non-aligned country – though it stated it would co-operate with Nato.

His predecessor, Viktor Yushchenko, had pursued a pro-Western foreign policy.

Of course after the collapse of the Yanukovych government that legislation was soon overturned.

It was not until 2014 when Yanukovych refused to join an ever-increasing EU his government was overthrown after a series of civil disruptions and violence leaving Ukraine divided with millions forming their own breakaway states, Donetsk and Luhansk.

Both areas contain predominantly Pro Russian peoples who have carried out a war of independence with Ukraine for nearly eight years at a cost of over 14000 people. These are should have been at the front of discussions. Donetsk and Luhansk were always going to be entry points for the Russians on the real or pretence reason of peacekeeping, a role that could well be argued is not unlike NATOs role in Kosovo after the collapse of Yugoslavia.

There are two things that are very clear to every normal minded person, if war is to be averted then talks must take place. The second thing is Jeremy Corbyn is right.

Again the people of this region on both sides will be the ones to suffer torn between the ambitions of the west and the caged bear of the east.

“I’m fed up to the ears with old men dreaming up wars for young men to die in.”
― George McGovern

The reality, Corbyn is right!

Stop the War condemns the movement of Russian forces into eastern Ukraine and urges that they immediately withdraw, alongside the resumption of diplomatic negotiations to resolve the crisis.

This dispute could and should be resolved peacefully, and that remains the only basis for a lasting settlement, rather than the imposition of military solutions.  That it has not been resolved is not, however, the responsibility of the Russian or Ukrainian governments alone.

The conflict is the product of thirty years of failed policies, including the expansion of NATO and US hegemony at the expense of other countries as well as major wars of aggression by the USA, Britain and other NATO powers which have undermined international law and the United Nations.

The British government has played a provocative role in the present crisis, talking up war, decrying diplomacy as appeasement and escalating arms supplies and military deployments to Eastern Europe.

If there is to be a return to diplomacy, as there should be, the British government should pledge to oppose any further eastward expansion of NATO and should encourage a return to the Minsk-2 agreement, already signed by both sides, by all parties as a basis for ending the crisis in relations between Ukraine and Russia.

Beyond that, there now needs to be a unified effort to develop pan-European security arrangements which meet the needs of all states, something that should have been done when the Warsaw Pact was wound up at the end of the Cold War.  The alternative is endless great power conflict with all the attendant waste of resources and danger of bloodshed and destruction.

We send our solidarity to all those campaigning for an end to the war, often under very difficult conditions, in Russia and Ukraine.  Stop the War can best support them by demanding a change in Britain’s own policy, which can be seen to have failed.