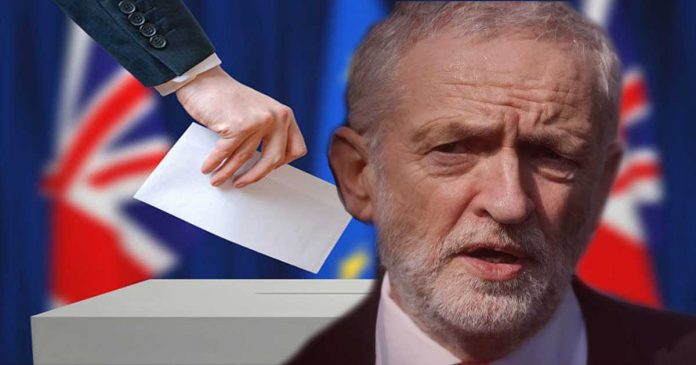 The Labour Party will back a December election, Jeremy Corbyn said Tuesday.

Labour’s condition for support, that a no-deal Brexit is ruled out, “has now been met,” Corbyn told a meeting of his shadow Cabinet.

“I have consistently said that we are ready for an election and our support is subject to a no-deal Brexit being off the table,” he said. “We have now heard from the EU that the extension of Article 50 to 31 January has been confirmed, so for the next three months our condition of taking no-deal off the table has now been met.”

Corbyn pledged to “launch the most ambitious and radical campaign for real change our country has ever seen.”

The government has put forward a short bill seeking to trigger an election on December 12, which requires a simple majority to pass. The bill will be voted upon on Tuesday evening.

Labour is expected to try and amend the bill to move the election to an earlier date in December. On Monday, Corbyn expressed concern that the December 12 date risked disenfranchising students, and said that parts of the country would be dark by 4 p.m.

The Liberal Democrats and Scottish National Party have also said they are willing to back an election, but insist that the poll should be held on December 9. The U.K. parliament will have to be dissolved this Friday for an election to take place on that date.

If the bill goes through, it will be the first U.K. election to take place in December since 1923.