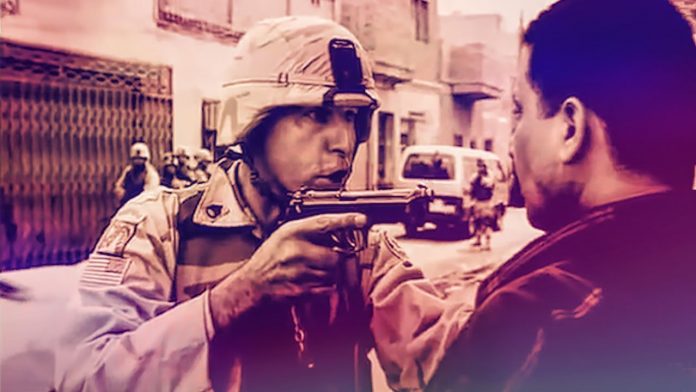 As a tsunami of crocodile tears engulfs Western politicians, history is suppressed. More than a generation ago, Afghanistan won its freedom, which the United States, Britain and their “allies” destroyed.

In 1978, a liberation movement led by the People’s Democratic Party of Afghanistan (PDPA) overthrew the dictatorship of Mohammad Dawd, the cousin of King Zahir Shah. It was an immensely popular revolution that took the British and Americans by surprise.

Foreign journalists in Kabul, reported The New York Times, were surprised to find that “nearly every Afghan they interviewed said [they were] delighted with the coup.” The Wall Street Journal reported that “150,000 persons … marched to honor the new flag … the participants appeared genuinely enthusiastic.”

The Washington Post reported that “Afghan loyalty to the government can scarcely be questioned.” Secular, modernist and, to a considerable degree, socialist, the government declared a program of visionary reforms that included equal rights for women and minorities. Political prisoners were freed and police files publicly burned.

Under the monarchy, life expectancy was 35; 1-in-3 children died in infancy. Ninety percent of the population was illiterate. The new government introduced free medical care. A mass literacy campaign was launched.

For women, the gains had no precedent; by the late 1980s, half the university students were women, and women made up 40 percent of Afghanistan’s doctors, 70 percent of its teachers and 30 percent of its civil servants. 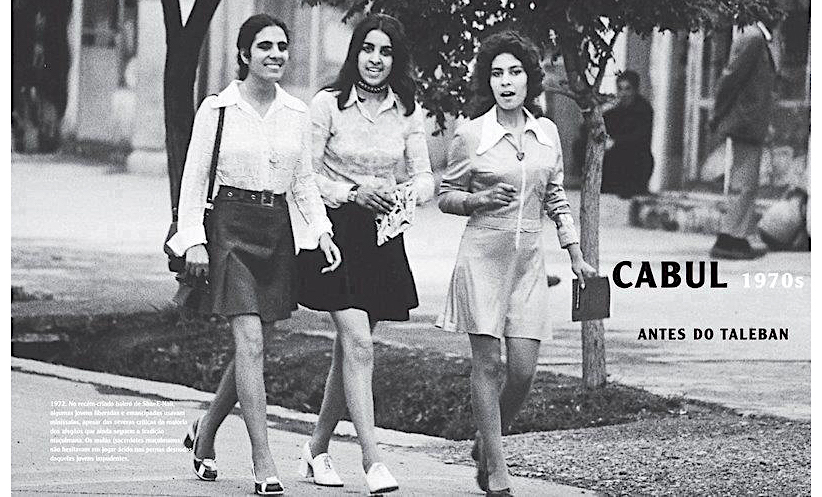 Women at university in Afghanistan in the 1970s. (Amnesty International U.K.)

Backed by the West

So radical were the changes that they remain vivid in the memories of those who benefited. Saira Noorani, a female surgeon who fled Afghanistan in 2001, recalled:

For the United States, the problem with the PDPA government was that it was supported by the Soviet Union. Yet it was never the “puppet” derided in the West, neither was the coup against the monarchy “Soviet backed,” as the American and British press claimed at the time.

Zbigniew Brzezinski in 1977. (Library of Congress)

President Jimmy Carter’s secretary of state, Cyrus Vance, later wrote in his memoirs: “We had no evidence of any Soviet complicity in the coup.”

In the same administration was Zbigniew Brzezinski, Carter’s national security adviser, a Polish émigré and fanatical anti-communist and moral extremist whose enduring influence on American presidents expired only with his death in 2017.

On July 3, 1979, unknown to the American people and Congress, Carter authorized a $500 million “covert action” program to overthrow Afghanistan’s first secular, progressive government.  This was code-named by the CIA Operation Cyclone.

The $500 million bought, bribed and armed a group of tribal and religious zealots known as the mujahedin. In his semi-official history, Washington Post reporter Bob Woodward wrote that the CIA spent $70 million on bribes alone. He describes a meeting between a CIA agent known as “Gary” and a warlord called Amniat-Melli:

Recruited from all over the Muslim world, America’s secret army was trained in camps in Pakistan run by Pakistani intelligence, the CIA and Britain’s MI6. Others were recruited at an Islamic College in Brooklyn, New York – within sight of the doomed Twin Towers. One of the recruits was a Saudi engineer called Osama bin Laden.

The aim was to spread Islamic fundamentalism in Central Asia and destabilize and eventually destroy the Soviet Union. 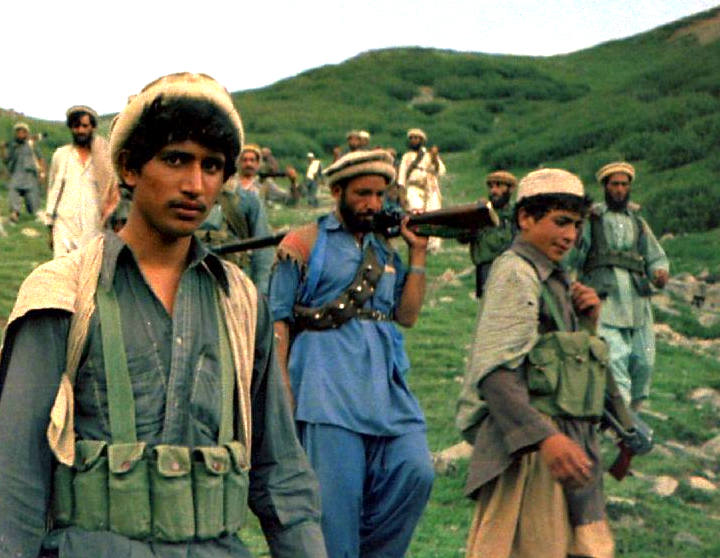 In August 1979, the U.S. embassy in Kabul reported that “the United States’ larger interests … would be served by the demise of the PDPA government, despite whatever setbacks this might mean for future social and economic reforms in Afghanistan.”

Read again the words above I have italicized. It is not often that such cynical intent is spelt out as clearly.  The U.S. was saying that a genuinely progressive Afghan government and the rights of Afghan women could go to hell.

Six months later, the Soviets made their fatal move into Afghanistan in response to the American-created jihadist threat on their doorstep. Armed with CIA-supplied Stinger missiles and celebrated as “freedom fighters” by Margaret Thatcher, the mujahedin eventually drove the Red Army out of Afghanistan.

The mujahedin were dominated by war lords who controlled the heroin trade and terrorized rural women. Later, in the early 1990s the Taliban would emerge, an ultra-puritanical faction, whose mullahs wore black and punished banditry, rape and murder but banished women from public life.

In the 1980s, I made contact with the Revolutionary Association of the Women of Afghanistan, known as RAWA, which had tried to alert the world to the suffering of Afghan women. During the Taliban time they concealed cameras beneath their burqas to film evidence of atrocities, and did the same to expose the brutality of the Western-backed mujahedin. “Marina” of RAWA told me, “We took the videotape to all the main media groups, but they didn’t want to know ….” 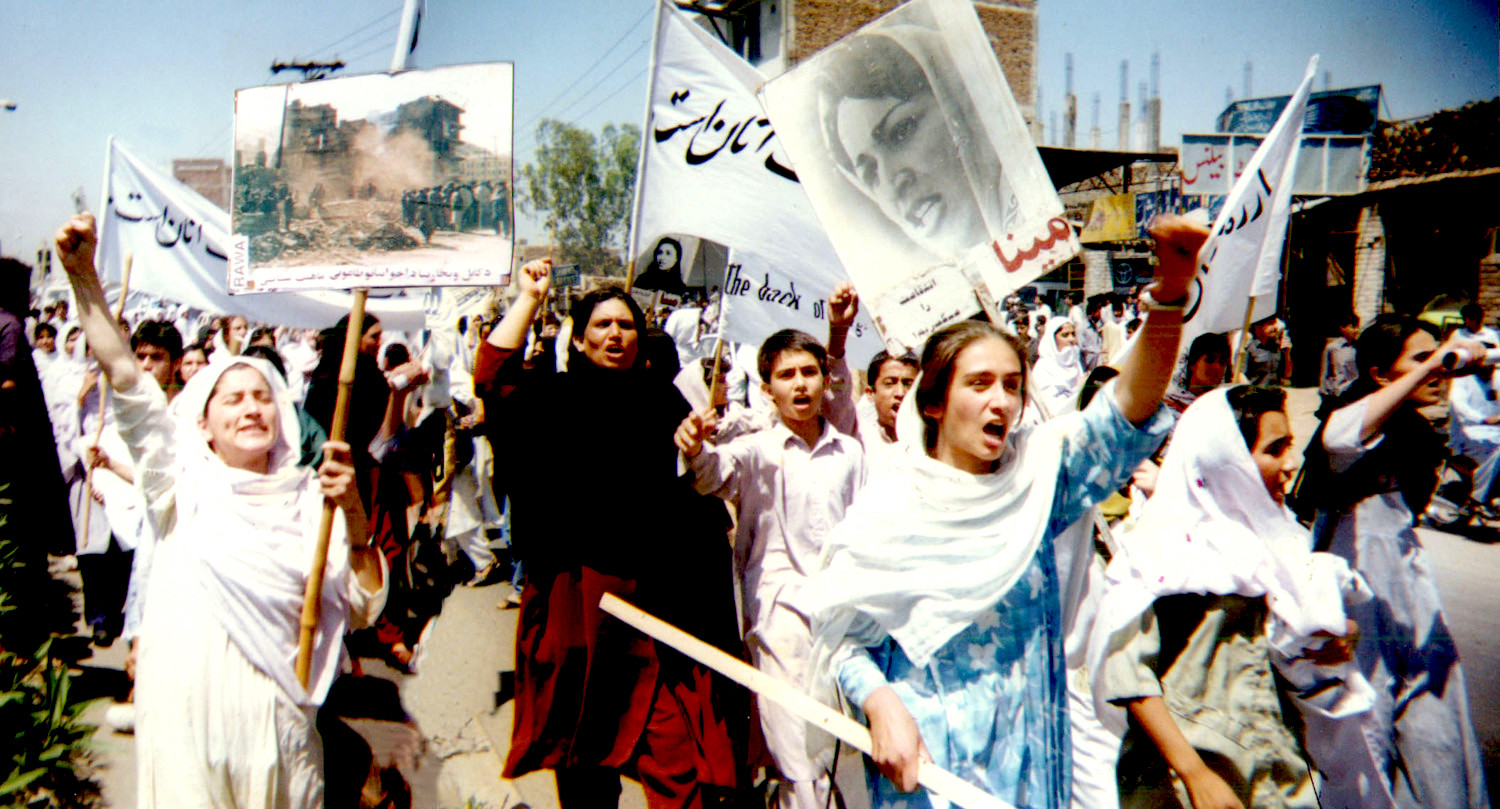 April 28, 1998: Demonstration of the Revolutionary Association of the Women of Afghanistan in Peshawar, Pakistan, “to condemn the sixth anniversary of swarming of fundamentalists into Kabul.” (RAWA, CC BY 3.0, Wikimedia Commons)

In 1996, the enlightened PDPA government was overrun. The president, Mohammad Najibullah, had gone to the United Nations to appeal to for help. On his return, he was hanged from a street light.

“I confess that [countries] are pieces on a chessboard,” said Lord Curzon in 1898, “upon which is being played out a great game for the domination of the world.”

“This is a moment to seize,” he said following 9/11. “The Kaleidoscope has been shaken. The pieces are in flux. Soon they will settle again. Before they do, let us re-order this world around us.”

On Afghanistan, he added this: “We will not walk away [but ensure] some way out of the poverty that is your miserable existence.” 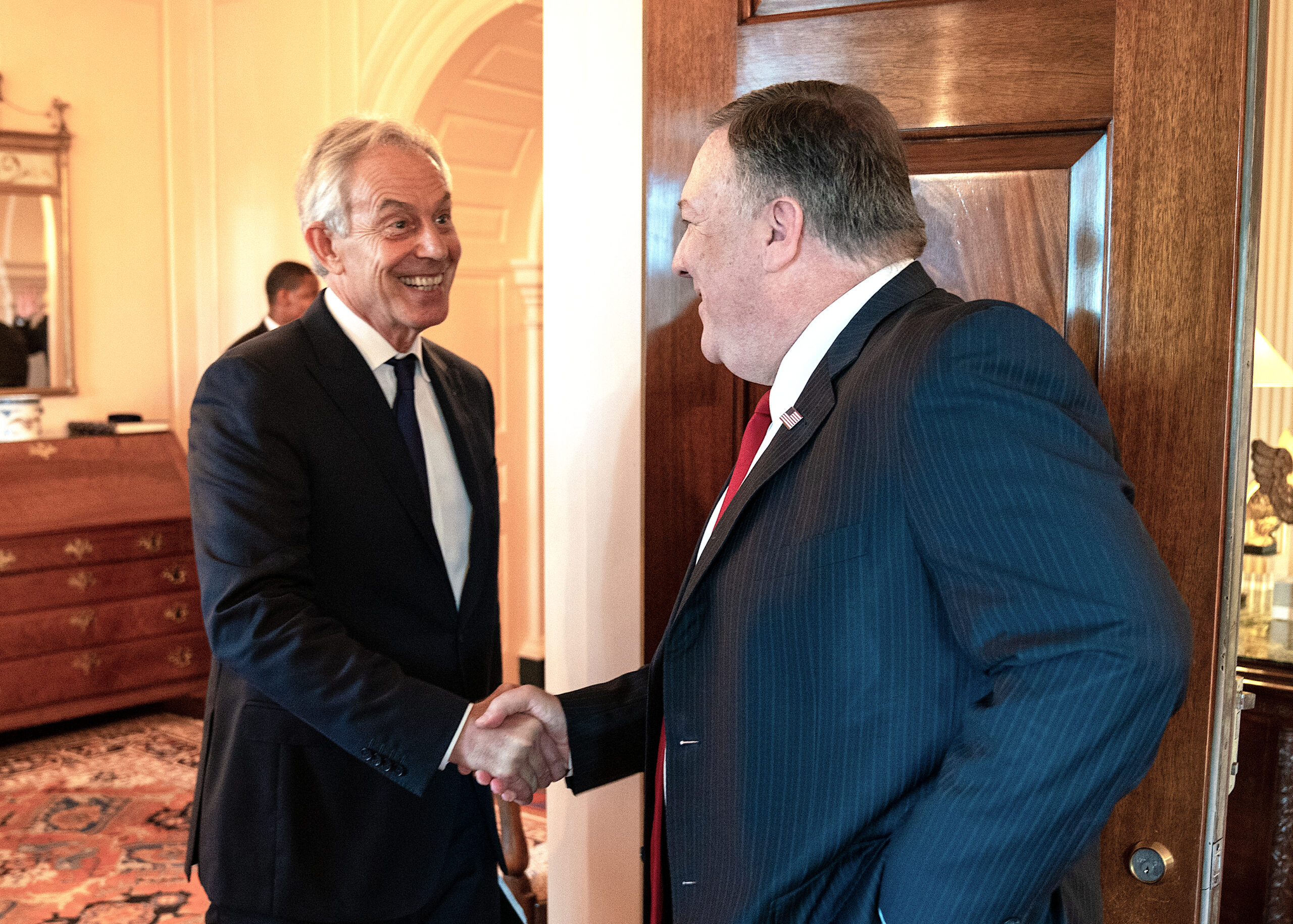 Blair echoed his mentor, President George W. Bush, who spoke to the victims of his bombs from the Oval Office: “The oppressed people of Afghanistan will know the generosity of America. As we strike military targets, we will also drop food, medicine and supplies to the starving and suffering … “

Almost every word was false. Their declarations of concern were cruel illusions for an imperial savagery “we” in the West rarely recognize as such.

In 2001, Afghanistan was stricken and depended on emergency relief convoys from Pakistan. As the journalist Jonathan Steele reported, the invasion indirectly caused the deaths of some 20,000 people as supplies to drought victims stopped and people fled their homes.

Eighteen months later, I found unexploded American cluster bombs in the rubble of Kabul which were often mistaken for yellow relief packages dropped from the air. They blew the limbs off foraging, hungry children.

In the village of Bibi Maru, I watched a woman called Orifa kneel at the graves of her husband, Gul Ahmed, a carpet weaver, and seven other members of her family, including six children, and two children who were killed next door.

An American F-16 aircraft had come out of a clear blue sky and dropped an Mk82 500-pound bomb on Orifa’s mud, stone and straw house. Orifa was away at the time. When she returned, she gathered the body parts.

Months later, a group of Americans came from Kabul and gave her an envelope with 15 notes: a total of $15. “Two dollars for each of my family killed,” she said.

The invasion of Afghanistan was a fraud. In the wake of 9/11, the Taliban sought to distant themselves from Osama bin Laden. They were, in many respects, an American client with which the administration of Bill Clinton had done a series of secret deals to allow the building of a $3 billion natural gas pipeline by a U.S. oil company consortium.

In high secrecy, Taliban leaders had been invited to the U.S. and entertained by the CEO of the Unocal company in his Texas mansion and by the CIA at its headquarters in Virginia. One of the deal-makers was Dick Cheney, later George W. Bush’s vice president.

In 2010, I was in Washington and arranged to interview the mastermind of Afghanistan’s modern era of suffering, Zbigniew Brzezinski. I quoted to him his autobiography in which he admitted that his grand scheme for drawing the Soviets into Afghanistan had created “a few stirred up Muslims”.

“Do you have any regrets?” I asked.

When we watch the current scenes of panic at Kabul airport, and listen to journalists and generals in distant TV studios bewailing the withdrawal of “our protection,” isn’t it time to heed the truth of the past so that all this suffering never happens again?

John Pilger’s 2003 film, Breaking the Silence, about the “war on terror” is available to view here.

The Dirty War on the NHS