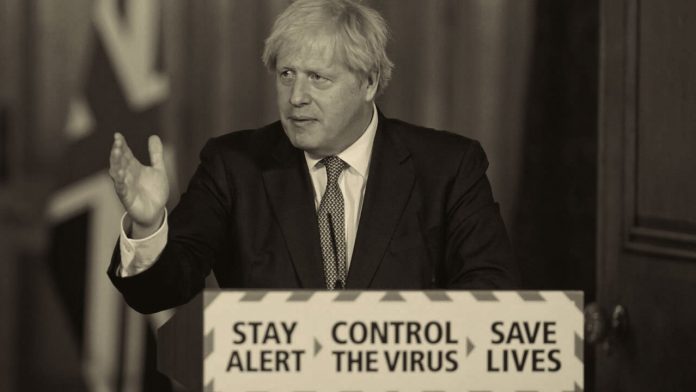 The report predominantly focuses on the response to the pandemic in England. The committee did not look at steps taken individually by Wales, Northern Ireland and Scotland.

The findings are detailed in the report Coronavirus: Lessons learned to date from the Health and Social Care Committee and the Science and Technology Committee, which contain MPs from all parties.

Across 150 pages, the report covers a variety of successes and failings.

The report summary states: Covid-19 has been the biggest crisis our country has faced in generations, and the greatest peacetime challenge in a century. It has disrupted our lives to an extent few predicted; separated friends and families; closed businesses and damaged livelihoods; and, most tragically of all, it has been associated with the deaths of over 150,000 people in the UK and nearly 5 million people worldwide to date.

Tory MPs Jeremy Hunt and Greg Clark, who chair the committees, said the nature of the pandemic meant it was “impossible to get everything right”.

“The UK has combined some big achievements with some big mistakes. It is vital to learn from both,” they added in a statement to accompany the report.

Cabinet Office minister Stephen Barclay said scientific advice had been followed and the government had made “difficult judgments” to protect the NHS.

He said the government took responsibility for everything that had happened and repeated the apology made by the prime minister in May for the country’s suffering.

Mr Barclay told the government would not shy away from any lessons to be learned at the full public inquiry, expected next year.

However, interviewed on Sky news the cabinet minister Steve Barclay refuses to apologise after an inquiry concluded serious errors and delays at the hands of the Government and scientific advisers cost lives during the Covid-19 pandemic.

But for many, the most damning facts are the ones the report does not cover.

Bereaved families reacted to the parliamentary report with outrage, furious that the people who died of COVID-19 received scant mention in the 150-page document. They said the joint committee only was interested in “speaking to their colleagues and friends.”

“The report it’s produced is laughable and more interested in political arguments about whether you can bring laptops to…meetings than it is in the experiences of those who tragically lost parents, partners or children to COVID-19,” said Hannah Brady, spokesperson for COVID-19 Bereaved Families for Justice. “This is an attempt to ignore and gaslight bereaved families, who will see it as a slap in the face.”

Ms Brady also criticised a passage in the report that said the success of the vaccine rollout had “redeemed many of the persistent failings of other parts of the national response”.

She said a judge-led public inquiry – promised by the prime minister – is vital and must focus on the experiences of families.

“That is the only way that the serious questions, like why families were told their loved ones were not fit for intensive care without medical assessment, or advised by 111 to keep their loved ones at home even in their dying moments, or why there were even more deaths in care homes in the second wave than the first, will be answered,” she said.

Ian Lavery MP stated: “The failure to offer any semblance of representation to the hundreds of thousands of families who lost loved ones unnecessarily is yet another reason why we need a full inquiry, to begin immediately, into the government’s handling of the COVID19 pandemic.

This report confirms that many of those who sadly died could still be with us today had a different course of action been taken. My thoughts are with all of those families who lost loved ones in the past eighteen months”.

Exercise Cygnus was a 2016 government simulation of a flu outbreak, carried out to war-game the UK’s pandemic readiness. It involved 950 officials from central and local government, NHS organisations, prisons and local emergency response planners. A report on the exercise was compiled the following year and distributed among its participants.

The simulation took place over three days in October 2016 and asked participants to imagine they were fighting a fictitious “worst-case-scenario” flu pandemic affecting up to 50% of the population and causing up to 400,000 excess deaths.

What did it involve?

The scenario imagined that a new virus had emerged in Thailand in June, later identified as a strain of H2N2. Within a month the World Health Organization had declared a public emergency, triggering the UK’s response plans as the world mobilised to tackle an outbreak of “swan flu”.

For the three days of the exercise, officials were told to imagine they were managing the seventh week of the pandemic, facing a peak in demand for hospital and social care. The purpose of such simulations is generally not only to test how emergency plans would hold up under strain but also to acclimatise ministers and officials to the sorts of decisions they would be forced to make.

Mock Cobra meetings were held where ministers and officials were presented with situation reports from the ground, while reporters from a fictitious news organisation called WNN published news articles, and government social media campaigns were released on “Twister”.

It is clear no matter what the report states, lessons from Exercise Cygnus were not implemented, the lack of PPE alone is proof of that.

The report catalogued failures that led to the needless deaths of thousands of people.

The UK’s failure to do more to stop Covid spreading early in the pandemic was one of the worst ever public health failures, the report by MPs says.

The government approach – backed by its scientists – was to try to manage the situation and in effect achieve herd immunity by infection, it said.

This led to a delay in introducing the first lockdown, costing thousands of lives.

MPs were critical in their report of the UK government’s decision to delay the first nationwide lockdown in March 2020.

But the UK was not alone – countries including Germany and France also had similar gaps between detecting their first cases and introducing lockdown measures.

However, countries such as China and Italy acted more quickly.

Patrick Vallance, the government’s chief scientific adviser, who recorded an interview with BBC Radio 4 before today’s report came out and touched on some of the criticisms of the government response.

That’s a stark contrast from his BBC interview on 13 March 2020, when he said the aim was to “reduce the peak” of infections, “not to suppress it completely”, saying that the population would build up a “degree of herd immunity”.

Vallance suggested in his latest interview that they were dealing with a new virus and as new evidence came in, the scientific judgements changed.

The deadly delay led to thousands of unnecessary deaths and derived from the failure of government ministers to question the recommendations of scientific advisers, resulting in a dangerous level of “groupthink” that caused them to dismiss the more aggressive strategies adopted in East and Southeast Asia, the report said.

It was only when Britain’s National Health Service risked being overwhelmed by rapidly rising infections that Prime Minister Boris Johnson’s Conservative government finally ordered a lockdown. in late March 2020.

When Covid hit, the government’s approach was to manage its spread through the population rather than try to stop it – or herd immunity by infection as the report called it.

The report said this was based on dealing with a flu pandemic, and was done on the advice of its scientific advisers on the Scientific Advisory Group for Emergencies (Sage).

But the idea was not challenged enough by ministers in any part of the UK, indicating a “degree of groupthink”.

Although to some degree other parts of Europe were guilty of this too, the MPs said.

It meant the country was not as open to approaches being taken elsewhere, such as Asia where countries imposed tight border controls as soon as Covid started circulating.

Some of the most serious early failings, the report suggests, resulted from this apparent “groupthink” among scientists and ministers – which meant the UK was not as open to different approaches on earlier lockdowns, border controls and test and trace as it should have been.

A former chief medical officer says she warned of the dangers of “group-think” – a criticism made by MPs in their Covid response report – when she led the review into the swine flu pandemic in 2009.

Dame Deirdre Hine says a specific recommendation of her 2009 report was that in future pandemics information should be shared with a wider group of scientists to avoid group decisions being unchallenged.

She tells BBC Radio 4’s World at One programme: “I felt that there was a danger of groupthink in the [swine flu] pandemic and I explored the idea of releasing Sage papers to a wider group of scientists, so that this group would be able to comment authoritatively on the overall government strategy and give the media greater assurance about the approach being taken.”

Ministers rejected suggestions that the UK’s first lockdown was ordered too late by saying they followed the science.

So what were the scientists telling them in the early months of 2020 as the virus spread across the world? Here’s a timeline compiled from the Commons committees’ report and minutes of government science advisers’ meetings: