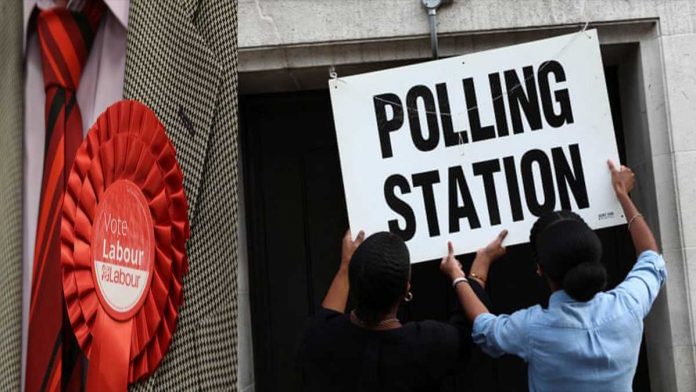 Local and mayoral elections in England will be postponed for a year to May 2021 due to the coronavirus outbreak.

Downing Street said it would be impractical to hold the elections as planned, as they would come during the peak of the spread of the virus.

Polls were due in 118 English councils, the London Assembly and seven English regional mayors.

Voting was also due to take place for the London mayor and police and crime commissioners in England and Wales.

It comes after the Electoral Commission said on Thursday the elections should be delayed until the autumn to “mitigate” the impact of the virus.

Ten people have died with the virus, with 798 cases confirmed UK-wide.

The Cabinet Office said it would be bringing forward legislation to enact the delay in England, and would work to ensure the Welsh authorities had the same powers.

The last time elections were delayed was in 2001, during the foot and mouth outbreak.

The Labour Party called on the government to suspend May’s English local elections due to the coronavirus outbreak.

The party’s general secretary Jennie Formby has written to the Electoral Commission watchdog supporting its call for a delay.

In her letter, she said the party had “serious concerns” about the welfare of staff and members during campaigning.

Labour General Secretary Jennie Formby also wrote to local party branches earlier on Friday advising them to suspend campaigning ahead of the polls.

Defending the decision to delay the polls, Justice Secretary Robert Buckland said it was important “everyone feels confident they are able to take part”.

“Respecting the annual cycle of local government, postponing them seems to me in the circumstance to be the right thing to do,” he added.

James Jamieson, chairman of the Local Government Association, said: “The LGA has been raising a number of issues with government including the possible impact of coronavirus on local elections. The swift decision is very helpful.

“Councils will now continue to put all of their efforts into supporting their local communities as the nation tackles Covid-19.”