A police chief has apologised to the children abused by grooming gang his officers failed to bring to justice and said he is “personally disgusted” the children were not cared for.

This is not ancient history or an isolated case, more than 18,700 suspected victims of child sexual exploitation were identified by local authorities in 2018-19, up from 3,300 five years before.

Labour Heartlands looks at the GMP inquiry and Sajid Javid promise of a review into the characteristics of grooming gangs in 2018.

Most of the victims were in care and authorities knew they were being “subjected to the most profound abuse and exploitation” but did “not protect them from the perpetrators.”

After a child’s death in 2003, police identified at least 97 suspects, but “very few” faced justice, the independent review found. The police operation was “prematurely closed down” after senior officers decided to “remove resources”, it said. Police said “authorities fell short”.

Greater Manchester Police’s (GMP) Operation Augusta was set up to tackle “the sexual exploitation throughout a wide area of a significant number of children in the care system by predominantly Asian men”, the report said.

Greater Manchester Mayor Andy Burnham, who commissioned the report as a result of the 2017 BBC documentary The Betrayed Girls, focussed on the death in 2003 of 15-year-old Victoria Agoglia and GMP’s subsequent investigation.

He said Victoria’s death had “exposed a network of paedophiles brazenly abusing young people in care… [who] should have been brought to justice but, appallingly, most escaped and some were left to reoffend”.

He added there was now “a zero tolerance approach to child sexual exploitation of any kind”.

Mr Hopkins, who became head of the force in 2015, said: “On behalf of Greater Manchester Police (GMP), I want to apologise to all those vulnerable children who were let down in 2004 when GMP did not thoroughly investigate the abhorrent offences that had been committed against them.

“I want to say that I am personally disgusted that these children were not cared for and the awful abuse they suffered.

“I’m committed to doing all that we can to ensure they receive the justice today that they were denied 15 years ago.”

A police drive called Operation Augusta to tackle street grooming by gangs of Asian males preying on vulnerable teenage girls in Manchester was launched then abruptly closed down by senior officers in 2004.

GMP has re-launched the grooming investigation, now called Operation Green Jacket, and identified 53 potential victims, 48 of them in council care at the time with “viable lines of enquiry” to investigate regarding 38 victims.

Mayor of Greater Manchester Andy Burnham who commissioned the report said the level of failing to the victims was “appalling”.

“The harm caused to so many lives, and it’s not been corrected for 15 years, we have had people calling for this to be reopened and it should have opened sooner,” he admitted.

But he said GMP will always “face up to allegations of this kind” and will be “relentless” in protecting children and young people.

Mr Burnham added: “As well as hunting down and rooting out child sexual exploitation wherever we may find it, in any community.”

Mr Burnham ordered the ‘assurance review’ after the BBC street grooming documentary The Betrayed Girls was broadcast in 2017.

Deliberate and intentional desire to bury the truth

Maggie Oliver, a former GMP detective turned whistleblower who worked on Operation Augusta. said there was a “deliberate and intentional desire to bury the truth” at GMP.

“It’s all political correctness and people shying away but it shouldn’t matter where anyone is from. A rapist is a rapist. The laws of the country are there to address it.”

Lorraine was visibly shocked by the facts that were being revealed and could be seen shaking her head in disbelief as she added: “A child rapist is a child rapist.”

Maggie urged those at home to tune into the BBC documentary and for those involved in similar cases to speak up about what is taking place. 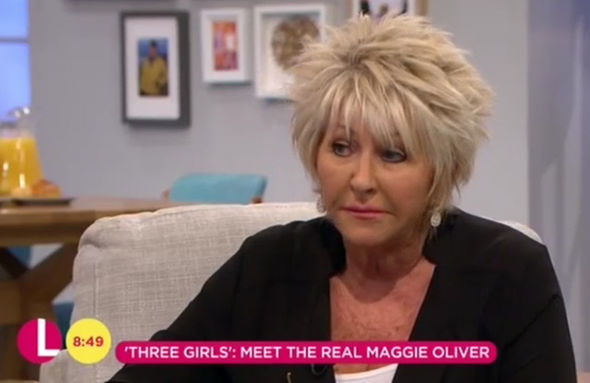 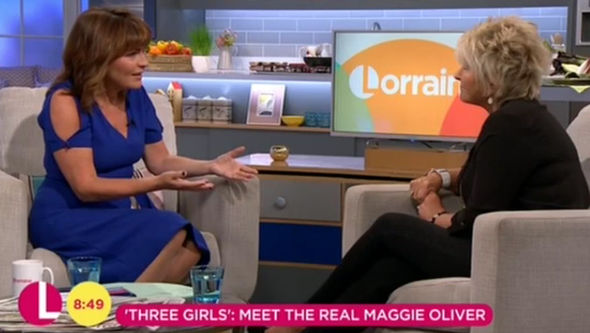 “How many more children have those abusers abused in 15 years? It is unforgivable and this report makes me feel vindicated, it actually gives me a sense of closure.”

After Victoria’s death, detectives established a “compelling picture of the systemic exploitation of looked after children in the care system”.

At Labour Heartlands we believe that the scale of abuse warrants a national emergency and should be tackled with the same resoluteness that we show in fighting terrorism.

A darkness as spreed across our post industrial Towns and cities, this evil is not exclusive to Manchester it is an epidemic and only a national commission can start to bring about the cohesive action required to tackle it.

Almost 19,000 children have been sexually groomed in England in the past year, according to official figures that have prompted warnings of an “epidemic”.

Campaigners say the true figure is far higher and accused the government of failing to tackle child sexual exploitation, despite promises made after high-profile cases in Rotherham and Rochdale.

More than 18,700 suspected victims of child sexual exploitation were identified by local authorities in 2018-19, up from 3,300 five years before.

Sarah Champion, the Labour MP for Rotherham, said the figures show that grooming “remains one of the largest forms of child abuse in the country”.

“Too many times, government has said it will ‘learn lessons’, yet 19,000 children are still at risk of sexual exploitation,”

“The government has singularly failed to tackle this issue head on. Its approach has been piecemeal and underfunded.”

Several grooming gang investigations and prosecutions are ongoing across the country, including in Huddersfield where several abusers have already been jailed in a series of linked trials.

You hear this bulls*** line, ‘lessons have been learned’, but they haven’t learned anything.

In Rotherham, where revelations over the abuse of an estimated 1,500 victims sparked a national scandal in 2012, the National Crime Agency has identified more than 190 suspects.

Sammy Woodhouse, a Rotherham victim who helped expose the scandal, said she is still receiving reports of current abuse in parts of the country.

“You hear this bulls*** line, ‘lessons have been learned’, but they haven’t learned anything,”.

“I still hear a lot about the authorities aren’t doing things as they should. It’s not very often I hear something good and for all different reasons – if the police won’t act on reports, people feel they’re not being listened to or supported properly, or information not being shared.”

Ms Woodhouse, who was abused by rapist Arshid Hussain from the age of 14, said the scale of child sexual exploitation currently reported by local councils did not surprise her.

“I’ve said for years that this country’s in epidemic when it comes to abuse and exploitation. Authorities claim it’s under control but it’s not.”

Sajid Javid promised a review into the characteristics of grooming gangs in 2018, saying high-profile cases included a “high proportion of men of Pakistani heritage” and that “cultural reasons” could be at play.

The Home Office started internal analysis of data from police and other agencies, and will use it to inform policy development and prevention strategies.

But the findings may not be published and the Queen’s Speech, which set out Boris Johnson’s legislative agenda, did not include any mention of a public review.

A Home Office spokesperson said it was “committed to tackling child sexual abuse and will leave no stone unturned in tackling this abhorrent behaviour”.

“This is why we launched the Independent Inquiry into Child Sexual Abuse to get to the truth, expose what has gone wrong and learn lessons for the future,” a statement added.

“The inquiry is investigating institutional responses to child sexual exploitation by organised criminal networks, with public hearings set for the spring of 2020.”

Rotherham child sex abuse highlights need for culture change.
Children must be listened to, and Government and all agencies must make a clear commitment to root. LINK: NSPCC