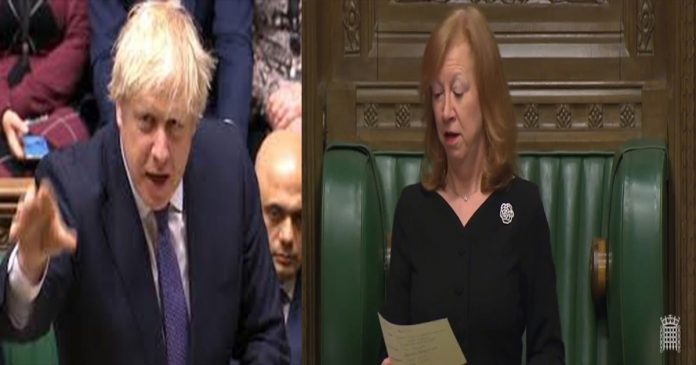 Boris Johnson’s Brexit legislation cleared its final hurdle in the House of Commons, putting an end to the parliamentary gridlock that cost his predecessor Theresa May her job.

Members of Parliament voted 330 to 231 in favour of the Withdrawal Agreement Bill, which now passes to the upper House of Lords. Johnson wants the measures passed into law before the end of the month so the U.K. can leave the European Union on Jan. 31 and he can deliver on his election campaign promise to “get Brexit done.”

This bill will secure our departure from the European union

“It is my sincere hope that their lordships will now give due regard to the clear majorities we have seen during the committee stage and establish their endorsement of this bill in a similar, timely, fashion,” Brexit Secretary Steve Barclay told lawmakers. “This bill will secure our departure from the European union with a deal that gives certainty to businesses, protects the rights of our citizens and ensures that we regain control of our money, our borders, our laws and our trade policy.”

The smooth passage of the bill illustrates the dramatic shift in the political landscape since May first tried to get her Brexit deal through Parliament a year ago. The U.K.’s split from the bloc this month is now virtually a formality, and attention is already turning toward negotiations on the future relationship. Johnson wants to broker a Canada-style trade deal by the end of 2020, something the EU Commission says is impossible.

Opposition Members of Parliament tried — and failed — to reinsert some of those measures during debates in the House of Commons. Opposition amendments are more likely to pass in the House of Lords, the unelected chamber where the government doesn’t have a majority, but the Commons can strip them out again. In such circumstances, the Lords traditionally bows to the will of the elected chamber.

It comes as EU chief Brexit negotiator Michel Barnier issued Mr Johnson with a fresh warning over the possibility of the UK crashing out of the bloc “without any arrangements” if a trade deal cannot be done by the end of 2020.

Again another front line advocate of a second referendum the real reason Labour Lost so badly turning on the Party Leader while diverting attention away from her massive part in the election result.

The shadow foreign secretary gave Corbyn 10 out of 10 for principle but said Labour lost “very, very badly” at the polls last month, arguing that this was the most important criteria by which to judge the party’s leader.

Emily Thornberry, the shadow foreign secretary, dared Jeremy Corbyn to sack her during her off-piste speech for the Blairite People’s vote campaign she appeared to trash the party’s proposed position on Brexit.

Speaking at the People’s Vote rally in Brighton, where the Labour Party is holding its annual conference, Thornberry urged party activists to make their voices heard as she declared they would not back a “Labour Brexit policy”.

Thornberry said she was also convinced that the departing leader was not antisemitic but gave him 2 out of 10 for his ability to stamp out anti-Jewish racism from the party.

Her response contrasts with that of the shadow business secretary and fellow leadership hopeful, Rebecca Long Bailey, who said on Tuesday that Corbyn deserves 10 out of 10 as a leader.

Thornberry, the MP for Islington South and Finsbury, may struggle to obtain the backing of 22 MPs and MEPs required to move on to the next stage of the leadership contest.

Starmer ‘performed worse than Corbyn outside London’: After two years of flag shagging Labour show no signs of winning back the Red wall