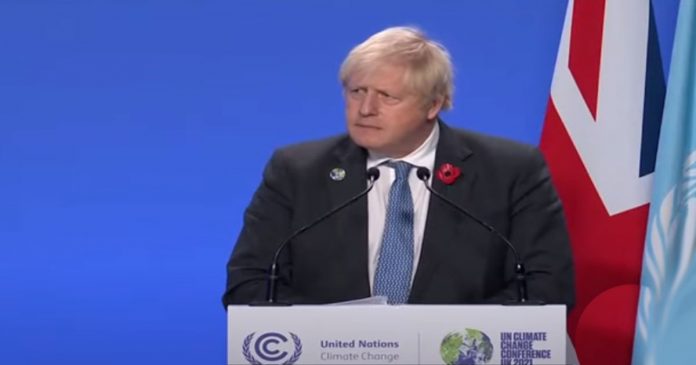 Speaking at the COP26 summit in Glasgow, the prime minister said he did not want to comment on individual cases.

But he added it is “crucial” MPs follow the rules, and said parliamentarians should “put your job as an MP first and devote yourself primarily to your constituents”.

However, Boris Johnson defended MPs holding second jobs as they bring ‘experience’ but said that they must ‘of course’ face sanctions if they do not follow the rules regarding them.

Mr Johnson said for “hundreds of years” MPs have also had other jobs and he thinks that has strengthened the UK’s democracy because voters “feel parliamentarians need to have experience of the world”.

“But if that system is to continue today, it’s crucial MPs follow the rules,” he warned in his strongest words on the issue yet.

“You must put your job as an MP first and you must devote yourself primarily and above all to your constituents, the people who send you to Westminster, to parliament.”

He said MPs should not use their position to lobby on behalf of an outside interest.

Mr Johnson told Sky News’ political editor Beth Rigby: “I feel strongly those who do break the rules, who are not putting the interests of their constituents first, they should face appropriate sanctions and punishment.”

Speaking during a press briefing at the UN Cop26 climate summit in Glasgow, he said: ‘On the issue of MPs and second jobs and all that, I just want to say that the most important thing is that those who break the rules must be investigated and should be punished.’

It comes amid scrutiny of Tory MP Sir Geoffrey Cox, who could face a formal investigation after he was accused of using his taxpayer-funded Commons office to carry out his lucrative employment representing the British Virgin Islands.

Meanwhile, Sir Geoffrey Cox is undergoing both press and public scrutiny as it was revealed the QC earned £900,000 in the past year working for law firm Withers, representing the tax haven’s government in an inquiry into governance and possible corruption.

The MP is understood to have spent some of April and May in the tropical region – with his register of interests showing that he earned £156,916.08 for 140 hours’ work between April 29 and May 31.

Sir Geoffrey has defended his extra earnings, with a statement on his website saying “he does not believe that he breached the rules”.

The MP’s office said: “Sir Geoffrey regularly works 70-hour weeks and always ensures that his casework on behalf of his constituents is given primary importance and fully carried out”.

It has been revealed that he voted by proxy in the House of Commons while earning hundreds of thousands of pounds for the legal work more than 4,000 miles away in the Caribbean.

According to his entry in the register of members’ financial interests, Sir Geoffrey did approximately 434 hours of work for Withers between January and July this year, at an average of more than 15 hours per week.

Sir Geoffrey took part, by proxy, in Commons votes this year on the cladding scandal and on protecting the UK’s steel industry.

And, by taking advantage of the Commons allowing widespread proxy voting – introduced due to the COVID-19 pandemic – Sir Geoffrey was also able to appear at a corruption inquiry held in the British Virgin Islands, a British Overseas Territory, on the same day those votes were held.

Sir Geoffrey is also facing claims he used his parliamentary office to undertake some of his work for Withers after footage appeared to show the MP using his Commons office to carry out a Zoom session of the BVI Commission of Inquiry.

Asked about Sir Geoffrey’s conduct, Speaker Lindsay Hoyle said: “He’s broken no rules but we’ll all be judged by the electorate, including that said member.”