Nobody can have missed the new narrative that is currently engulfing all the world’s media. Russia’s invasion of Ukraine, kicking the Covid narrative into last month’s news, making it seem like light years away since the pandemic was our focus.

How quickly are we distracted away? And how quickly we pretend that the virus is not still with us. However, there are other more important issues that are conveniently swept away, by our focus being shifted onto the Eastern European conflict. Issues that really haven’t gone away, nor have they really been satisfactorily resolved.

Despite this new strategic geopolitical game that is playing out, our government are still as inept as ever.

Sure we all know what MSM are like, sensationalism is their game, with an added dose of fear mongering to suck more people in. Just like the media portrayal of the pandemic, focusing on a biased one-sided narrative; that demonises one set of people, whilst holding others up as being heroic. Who can forget the whole ‘wear a mask or risk killing someone’s granny’ line that was deployed as a form of social control, to scare people into compliancy? Or the positioning of anti-vaxxers as being a real threat to society.  The whole divide and conquer technique, has been tried and tested and rolled out for every crisis that comes our way. Yet many people fail to see the purpose of this deliberate narrative of division.

Whilst it would be folly to suggest that the conflict in Ukraine is anything but truly awful, and all our hearts go out to the people suffering from this war. It can be difficult to see beyond the human factors, towards the origins of the conflict. The majority of media sources, inevitably focus on Putin as the ‘big bad wolf’ character, making people fearful of just how much he is capable of. Giving us all the impression that WW3 could be about to kick off.

Yet, this is a scenario that nobody really wants. 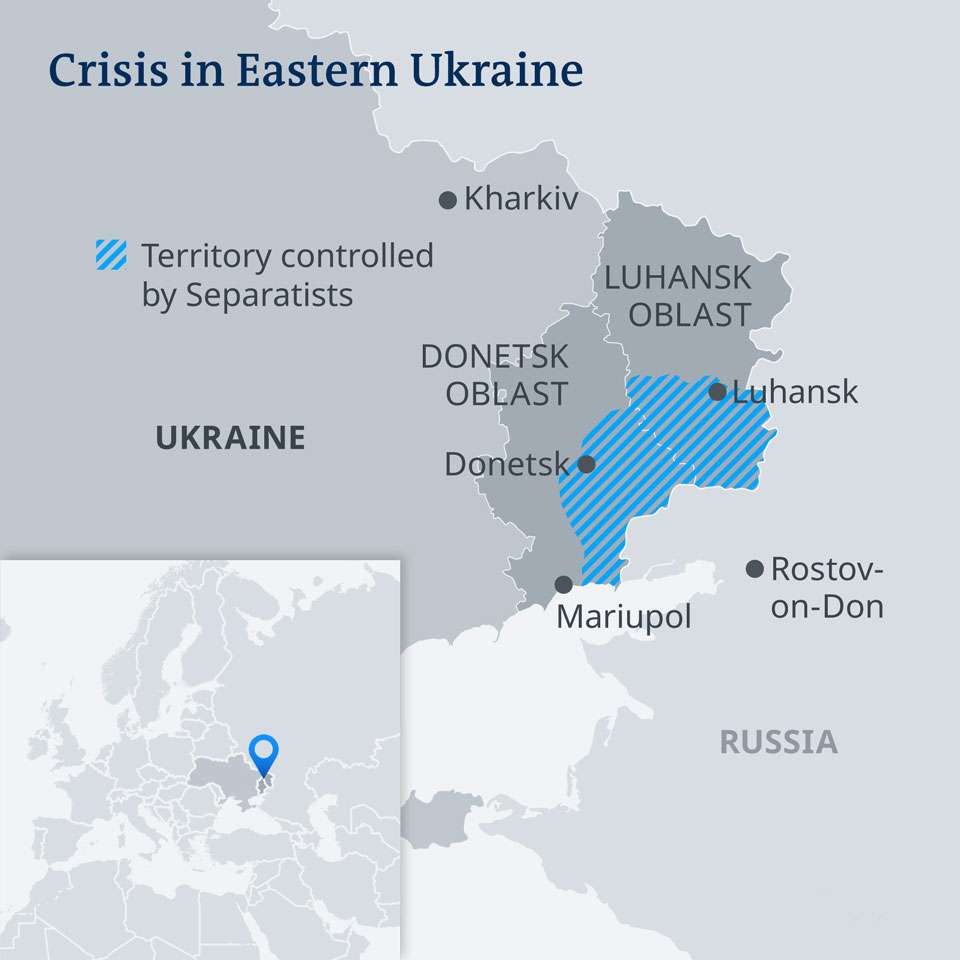 Politicians on both sides of the geopolitical divide are not too dissimilar when you strip things back to a basic level. They are each vying for a sense of supremacy, and each have sovereignty at the core of their ideological values. Even if they may go slightly different ways in trying to achieve their aims. We only need to look at history, to see examples of Western conflicts over land or resources; to see that this conflict is no different, despite being held up as being a totally different level of trouble. 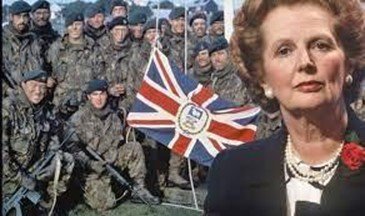 The Falklands war in 1982, showed us how disputes over territory can escalate into a full-blown conflict; and whilst it was a short war, it was no less serious to all those who were involved. A combined total of 904 military personnel lost their lives, fighting over those tiny islands; as well as 3 islanders who also tragically died during these hostilities. A dispute that lasted a mere 10 weeks, yet impacted on the lives of many families, and caused much disruption to life as it was at that time. However, behind that fight for sovereignty was a Tory PM (Maggie Thatcher) who was losing her popularity in our home nation. A popularity which miraculously returned after the Falklands war.

Look how easy it was, and still is, to distract the masses away from the issues of the day.

In a year where unemployment had reached a record high of 3 million (the highest level since the 1930s), all eyes were on Islands which many people hadn’t even heard of, until Argentina decided they wanted them for themselves. Yet also, in a year when British industry was dwindling, and foreign businesses were making inroads into Britain; British patriotism won the day.

Unfortunately, history has also taught us to not believe all that we are told; and that we can be fed lies and false narratives, to justify the actions that our governments take. The second Gulf War is a prime example of how we were hoodwinked into supporting a war, because of our politicians feeding us lies to drag British troops into that conflict.

The 2016 Chilcot inquiry into that conflict, very clearly showed that Saddam Hussein had not posed a substantial threat to British interests, nor did his country possess the weapons of mass destruction for which military intelligence had claimed as justification for that war. The report which was the result of a way too protracted inquiry, had concluded that the UK and the USA were guilty of seriously undermining the authority of the UN security council. However, that was not all that they were guilty of. They were also guilty of lying to us the voting public, through creating a compelling narrative in which we blindly believed what they had claimed.

Surely people cannot have forgotten the disgrace this revelation ultimately wrought on Tony Blair, and the stain it had left on his political career.

Yet, only this year, our politicians have assumed that all is forgotten, by recommending him for the highest honour that anyone can receive. Unsurprisingly, the news of Blair’s knighthood caused great anger and resulted in a petition which was signed by over a million people. All shouting their displeasure at this blatant hypocrisy.

It beggars belief how our politicians can be so quick to forgive and forget! Maybe it is this flippant disregard for the mistakes of the past, that compel them into making the same mistakes over and over. Or maybe it is the Apathy of a good proportion of our voting age population, which allows those who mess up to be let off the hook. Or as we are seeing right now, people are quick to forgive and forget, if they are distracted away by the narrative around a more worrying crisis. Yet, the issues that had dominated our news, prior to the Ukraine invasion, really haven’t gone away.

There is still an ongoing pandemic, for which the WHO (World Health Organisation) had advised countries to take cautious measures in the days ahead. Advice, which was clearly dismissed by our Tory government, and not fiercely contested by our Labour opposition party. In fact, our opposition is not standing up to the government as fervently as it should. Showing that we should be very worried with the next GE being potentially only a year away.

The Tories’ inept behaviour in managing this pandemic, the corruption which has been exposed, the blatant attempt at bypassing democratic procedures and the scandalous breaking of rules that they set; should be surging Labour’s popularity miles ahead. Instead the tame, and dare I say it cowardly, leader is merely parroting the media narrative. Suggesting that given this conflict in Eastern Europe, that it is not the time to oust Boris from his role as PM. Yet, I would disagree!

Has he forgotten that Neville Chamberlain was ousted from office in May 1940 (despite the early rumblings of WW2)? Showing that a conflict need not be used as an excuse to retain a useless Prime Minister. Much as Chamberlain was deemed incapable of seeing us through that war; I am sure many would doubt Johnson’s ability to see us through another world war if this current conflict was to escalate that far.  However, incapable Chamberlain may have been perceived, he is spot on in his summation of war. Ultimately nobody really wins a war!!!

The mere fact that no politician is daring to state this obvious fact, shows their complicity in allowing an inept PM to continue in office and for that to potentially lead to an escalation in this crisis. Brushing the law breaking and corruption under the carpet once more. When will our politicians start acting in the interests of the people that they are elected to serve? It is after all the average person’s tax money that pays them to do a job, for which they show us little respect in return.

Now is the time for a new party to swoop in and rescue us the people before we are dragged further into a pit of despair.

Our guest author is Karen Burns Recently graduated from Warwick University, with a degree in Social Studies. Karen Lives in Coventry. An aspiring writer, who is passionate about politics (especially left wing socialist politics).